5 games like Ustwo's puzzle sensation for iOS and Android

Impossible architectural wonder Monument Valley is a brilliant adventure. But it's a little on the short side, and it leaves you craving more.

So while we wait for the next batch of levels (and celebrate the game passing the million download mark), here are five puzzle game recommendations to help pass the time.

These games, like Ustwo's, are inventive, imaginative, and constantly surprising. They play with form, break the rules, and defy expectations.

These are games where every screen is a breath-taking masterpiece, or where everything is a toy to be played with. They might be short, but you'll remember the time you spend in their worlds forever. 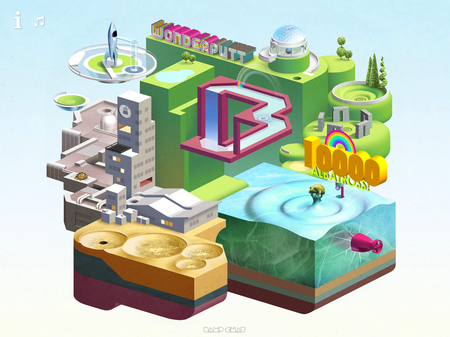 But that doesn't mean you'll seen everything it has to offer at a first glance.

As you play through the course, thwacking your ball from hole to hole, the environment morphs and reconfigures itself. Asteroids make pockmark craters in the ground, a tiny ocean appears, and the island snaps open to reveal new areas.

Wonderputt, from Icycle creator Reece Millidge, is short and fleeting like Monument Valley. But its brief spell on your iPad homescreen will leave you with a sense of awe and wonder.

Limbo
By Playdead - buy on iPhone and iPad 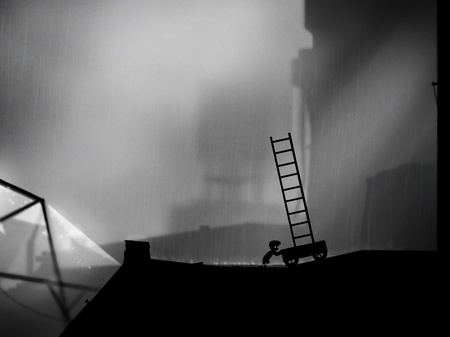 Puzzle platformer Limbo is perhaps the most traditional game on this list. But there are a few connections between Playdead's morbid game and Monument Valley.

There's the sense of isolation. Both games feature lone and alone protagonists exploring alien landscapes. Though, while Monument Valley is an adventure, Limbo is more of a nightmare.

And then there's the fact that the two games so very rarely repeat their ideas. Limbo is always trying something new, and surprising you with a clever new contraption in the next room.

What starts with a little boy dodging spiders and bear traps in a forest becomes a journey through factories and cities, with machine guns, antigravity machines, electrifying neon signs, and mind-bending brain slugs. 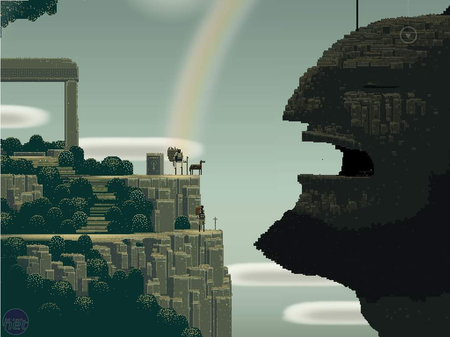 Sword & Sworcery was one of the first iOS games that really transported you to another world.

When they slipped on your headphones, and dug into the ethereal, cryptic landscape, everyone became totally immersed in this blocky world. Shutting off the game felt like returning to planet Earth.

It's hard to pen it into any particular genre. It has puzzles, but it's not a puzzler. It has battles, but it's no RPG. Ultimately, Sword & Sworcery is an adventure. A true "experience" of a game.

And it's not afraid to take risks to surprise you. One section changes based on the real-world lunar cycle, for example. And every line in the game is offered up as a tweetable 140 character missive - which is either brilliant or totally annoying.

Windowsill
By Vectorpark.com - buy on iPad 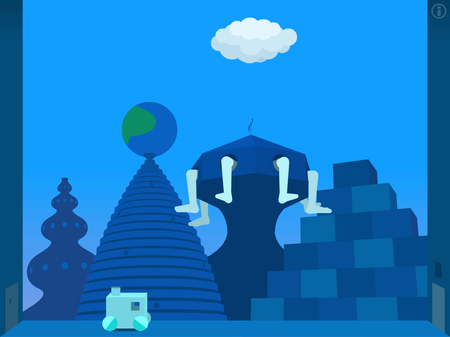 If every room in Monument Valley is a painting, every room in Windowsill is a toy box. Everything in this physics-driven world is a tactile toy that can be bent, twisted, poked at, and fiddled with.

And each room is completely different. One is a bookshelf filled with bizarre contraptions, and another has a giant blue bird that follows you around the screen. In one screen, a weird monster hand reaches up to fix what you have broken.

Monument Valley designer Ken Wong has described this trippy game as having the most influence on Ustwo's puzzler. And it's another game that's short, lacking in replay value, but filled with enough wonder and surprise to be worth the cash. 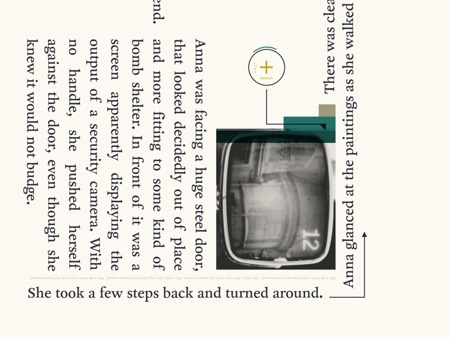 What Monument Valley does with architecture, DEVICE 6 does with words. It breaks the conventions of how text should be presented, and turns typical text adventures on their head.

As amnesiac Anna explores a mysterious island, her descriptions are formatted to look like the rooms she visits. Tiny rooms are text boxes, thin corridors are single sentences, and when you hit a corner you must twist your iOS device to continue reading.

DEVICE 6 is also littered with ingenious puzzles, a sharp satirical storyline, an eclectic soundtrack, and a sexy '60s spy thriller aesthetic. If you liked Monument Valley because it was daringly different, you'll feel the same way about Simogo's opus.