Monster Hunter Stories has finally dropped on iOS in the west

Update: AND on Android

Well, would you look at that? After a good period of hush-hush, Monster Hunters Stories has just dropped on mobile. You can grab it on the App Store/Google Play for a rather hefty £19.99/$19.99. 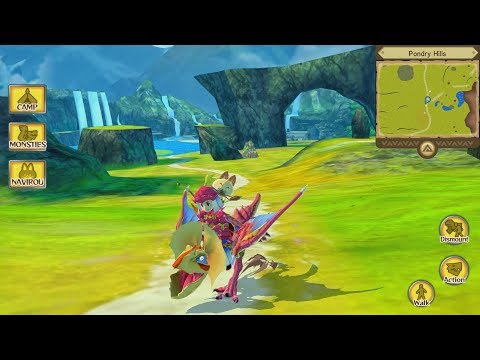 Subscribe to Pocket Gamer on
After it launched in Japan last December, we've been sitting and twiddling our thumbs, wondering when we'd see a western release. Monster Hunter Stories is an adventure RPG where you'll take up reins as a Rider, steal eggs, raise and train the young that hatch out of them, and then bring them to battle with you.

On paper, it sounds a bit malicious, but it's all colourful and light-hearted fun. The whole point of Monster Riders is that they live in harmony with the Monsters instead of hunting them, and form strong bonds.

Like its Japan release, there are two versions - the full version (above) and a free taster version right here.