In Monster Hunter Stories, monsters are your friends. Well, the ones you raise are anyway, you still hunt the rest.

In this cel-shaded reimagining of Monster Hunter, you approach things very differently, with turn based battles and more relaxed approach to everything.

If you're new to the game then these essential tips will help you speed through the early sections, and will still be valuable at the end of the game. 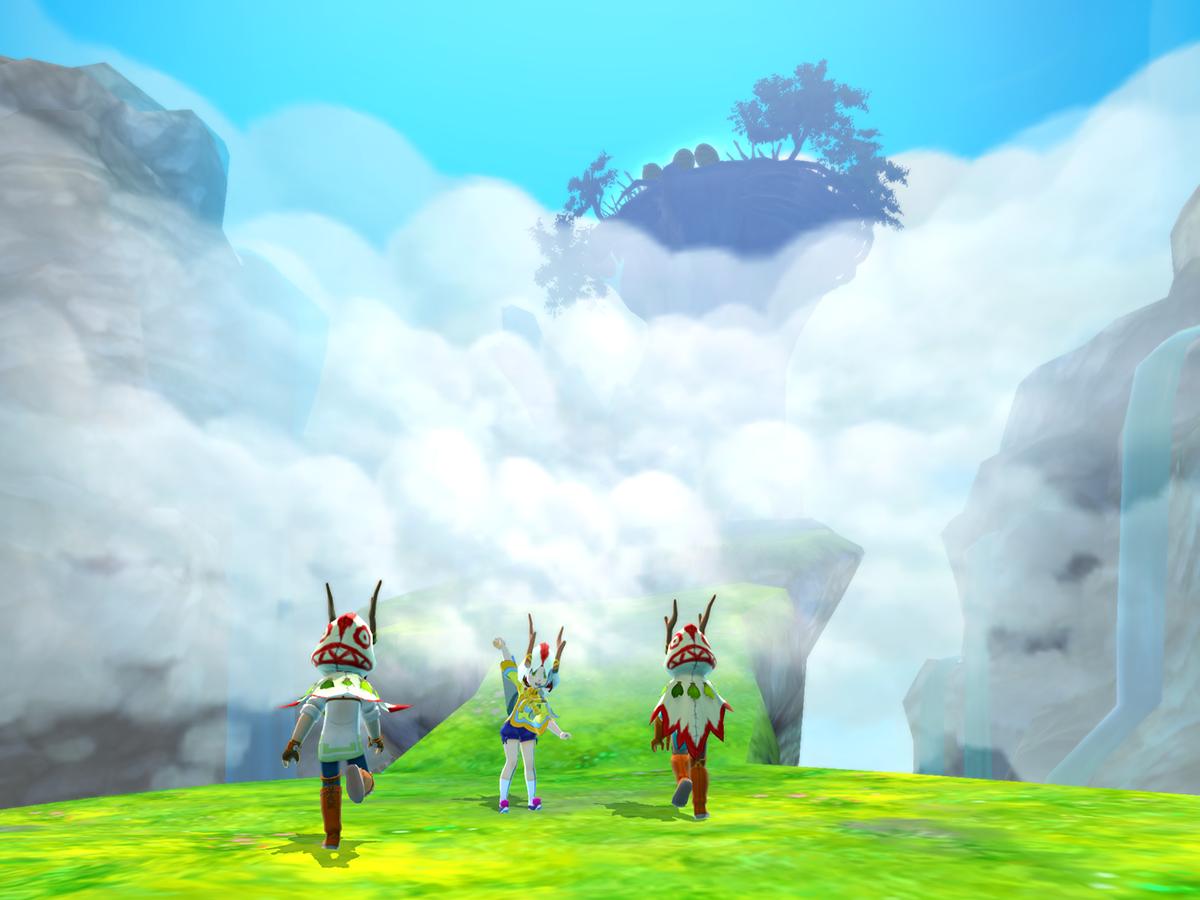 The open plains in Monster Hunter Stories are pretty big, and you'll quickly discover that traversing them on foot is, well, a long process.

That's where your early monstie comes in. You'll be able to ride it across the open world, drastically increasing your speed.

It also makes picking things up difficult. Not impossible, just difficult. So you'll still want to jump off and get on foot for some tricky terrain or to collect multiple items. 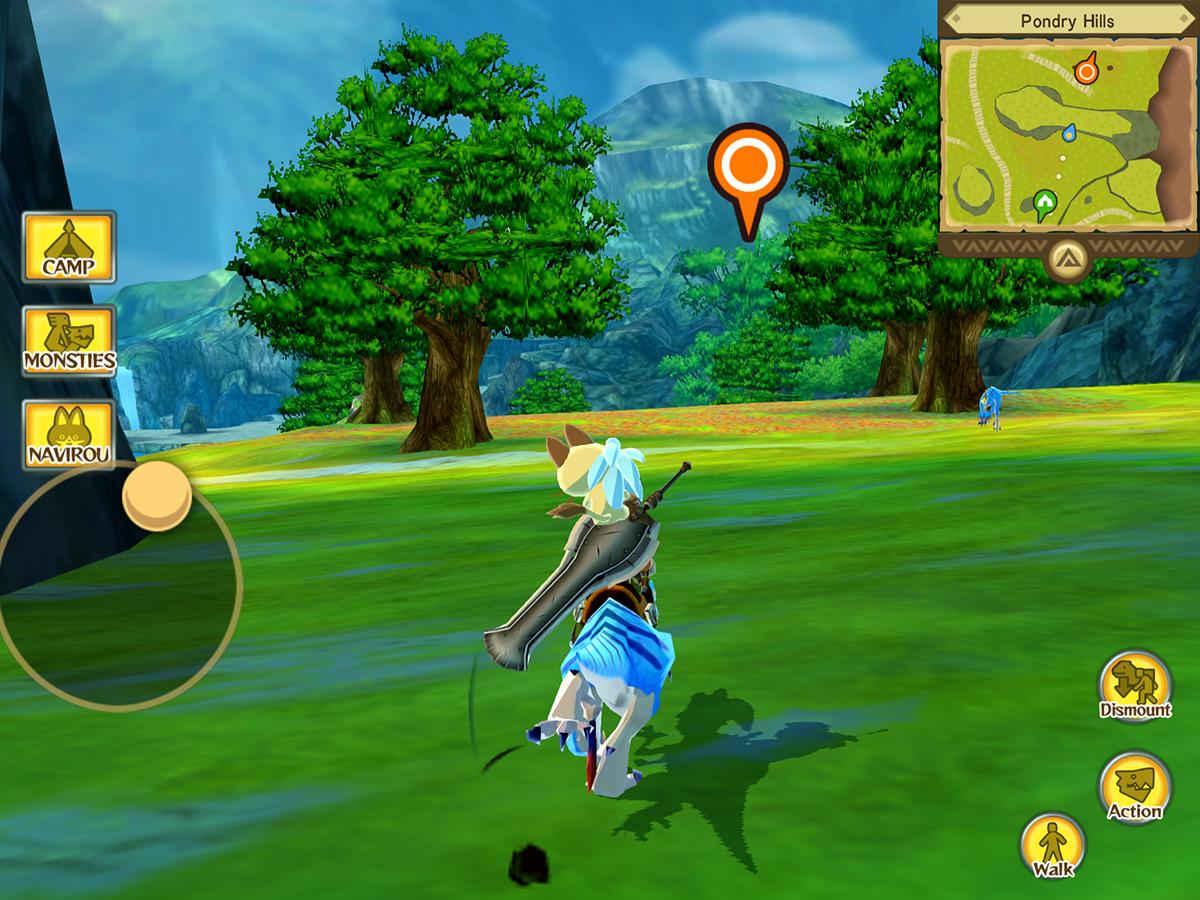 And collecting items is pretty important. You should've already collected all of the subquests from the board in town, and from any NPCs with blue icons over their heads.

Many of them will want you to fight monsters, and many others will require you to collect items in the overworld, including bugs, ore, eggs, herbs, mushrooms and more.

Luckily these are found at fairly obvious collection points that will respawn regularly.

You can easily find a route through each area to follow to collect multiple items if you need to farm, but as long as you regularly collect items, the quests will end up being done as soon as you collect them. 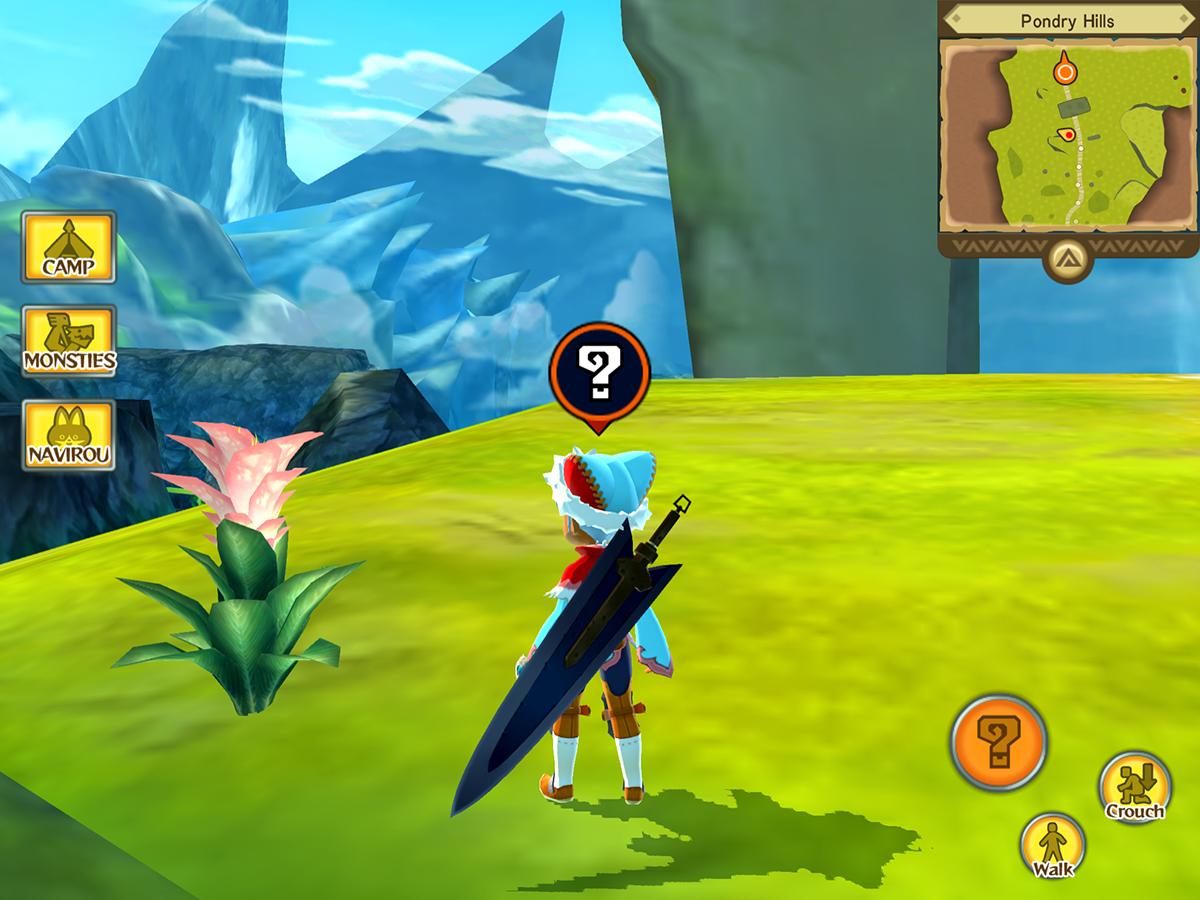 As you're running about the overworld, you'll find plenty of monsters ready to battle. You can easily avoid many of them, but if you want to take them on, have the upper hand.

If a monster is lying down, sleeping, or hasn't noticed your approach, running into them will cause a back attack - a free turn for your team to deal some early damage.

After that, just make sure you've got plenty of health throughout the fight, and swap monsties if you feel the need to. 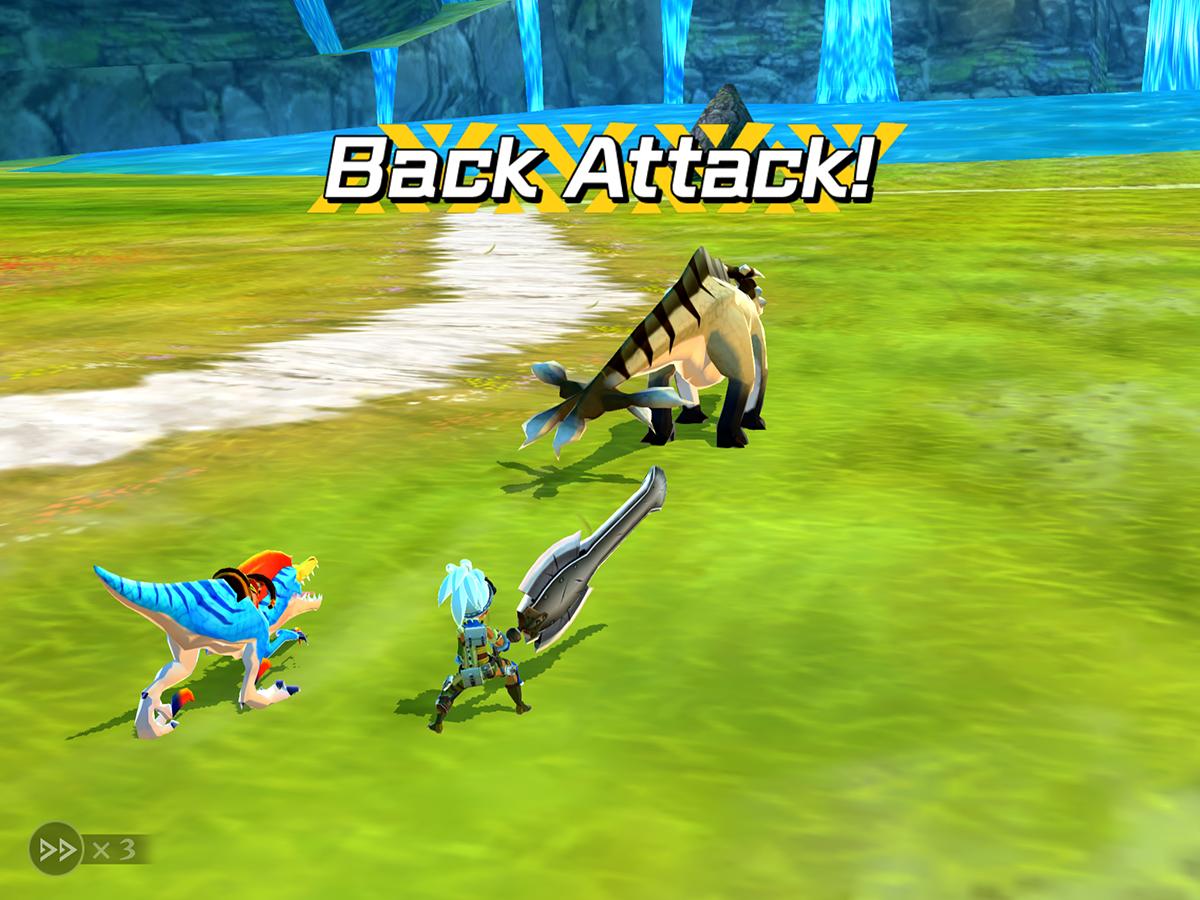 Of course having just one monstie isn't enough, you're going to need many, many more.

You can find monster dens in the overworld, or follow monsters you've beaten back to their dens. Navi will tell you whether or not the egg is interesting, with the heavier and more interesting he says it is, the more you want to take it back.

Early on you'll get mostly herbivore eggs, but you will eventually get large, special carnivorous monsties. 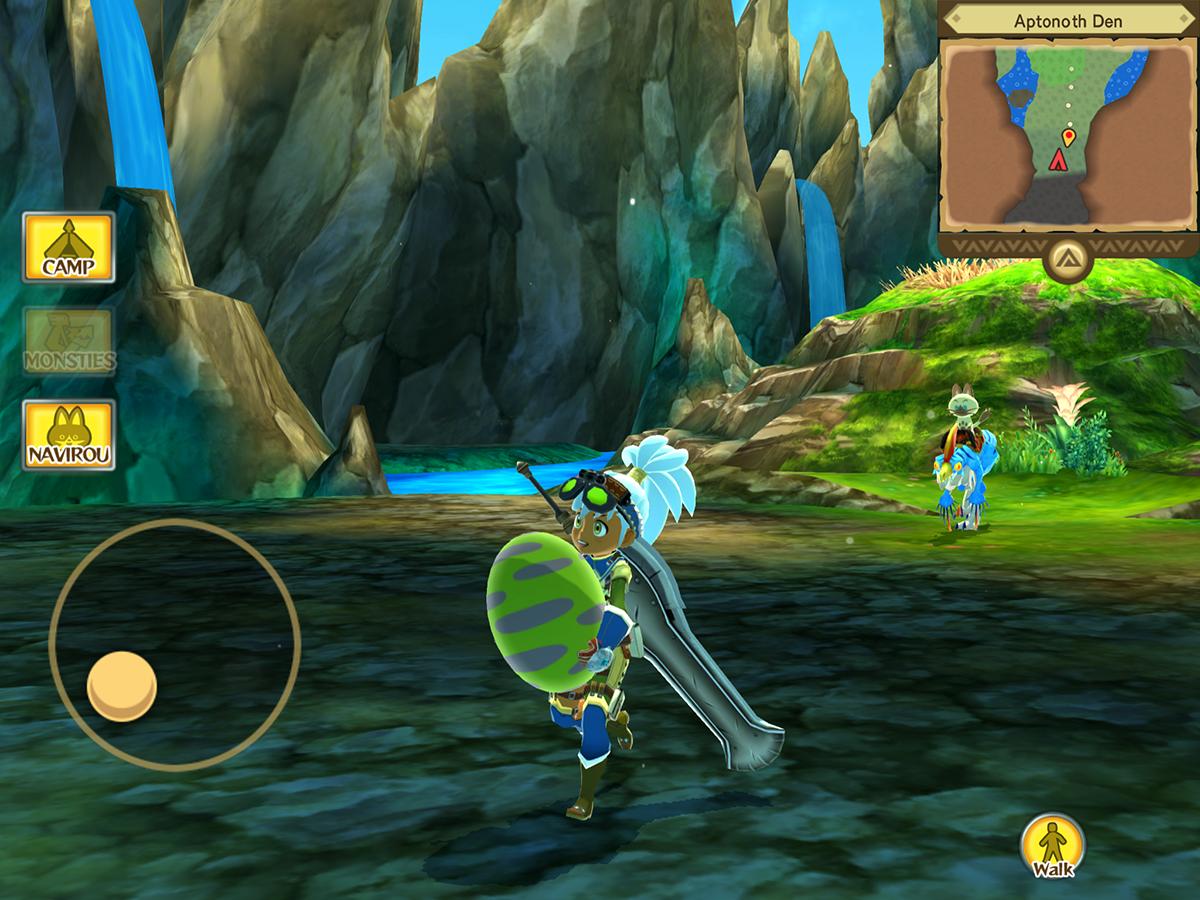