As part of a new app called MomentSQ

AVM Lab has created an interesting sounding app in MomentSQ. It's kind of like an on-demand choose-your-own narrative service. To kick off the service they're releasing a game based on the popular anime Aggretsuko and it's available now for iOS with an Android version coming later.

The story will see you joining a group chat on an instant messaging app with the death metal-loving red panda and all her friends. You'll be able to join in the conversation by selecting from various options the game will occasionally give you.

The choices you make will influence the outcome of the story, so it's essentially a choose-your-own-adventure game told through WhatsApp. Your ultimate aim is to become such good pals with all anthropomorphised animals in the chat that you can play an important role in the friendship group. 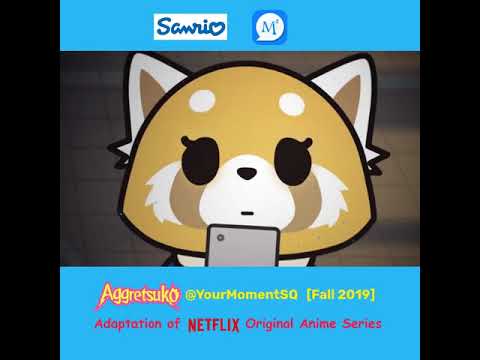 The first episode will be available for free, but subsequent episodes which will be released on a weekly basis will need to be purchased. Rather than being able to simply pay cash for each episode, you'll have to buy the app's diamond currency to buy each episode. Prices range from £0.99 for 10 diamonds to £48.99 for 650.

Future stories that come to the MomentSQ will be from a mixture of established franchises such as Aggretsuko as well as entirely original stories too. They're apparently focusing on bringing excellent stories to their service in different genres too. For example, there will be a live-action interactive mystery called Summerland at some stage while others might be CG animated shorts.

Check out our news section to discover the latest, and greatest, games.
Next Up :
Honkai Impact 3rd is launching version 6.2 The Chrono and the Hare soon