Mobile Legends hacks - Are they real?

We know it's a taboo topic, but we need to discuss Mobile Legends hacks

Since your search brought you here, chances are you already know what I am talking about. Mobile Legends: Bang Bang is one of the most popular mobile MOBAs out there, and because of its competitive nature, there are bound to be players looking to get ahead of others by using hacks.

However, playing the game with additional third-party "help" is not all that simple. The game is supposed to be played by using your own skill and knowledge for a reason. Having the massive advantages a hack will provide is result in less-than-ideal scenarios, where your account could get temporarily disabled, or worse (permanently suspended/banned).

Are there Mobile Legends hacks?

Like many mobile games out there, there have been hacks that could help players in their games. Take a look at the video below. 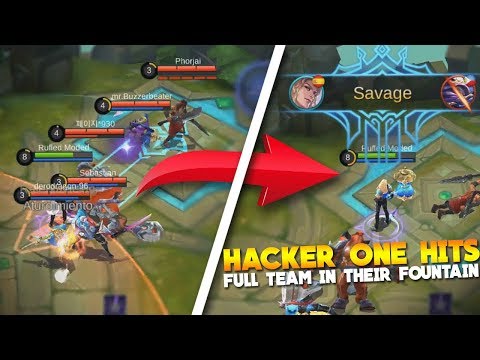 The player BluePanda is reacting to is clearly using some hacks that let them become basically invincible and allows them to one-shot any tower, monster and player. What would normally be a 15-minute game lasted only 6 minutes, and that was with the hacker taking his time.

The hacker was also playing a ranked game, which can't have been fun at all for the enemy team. Such Mobile Legends hacks are super obvious, and you can rest assured that the hacker has received their punishment (their account has been disabled). Players are able to report the account in the post-game lobby, and that's exactly what the players did in that game.

Of course, there are other types of hacks in Mobile Legends. There are hacks that won't affect your gameplay at all but will help in a totally different way, which is by giving you unlimited currency. 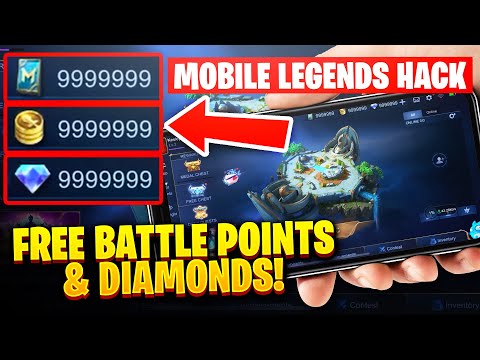 Such Mobile Legends' hacks, although they are not obvious (and reportable by other players) are not exempt from bans either. Any player that uses a hack to increase their in-game currency is going to be banned, although I am not sure for how long. Mobile Legends should have software that can detect any third-party alterations to an account, so you probably won't get to enjoy all the skins you'll get to purchase anyway.

Mobile Legends hacks - are they worth it?

The short answer is no. Definitely no.

Don't risk the integrity of you as a player, and don't make the game unenjoyable for the other players either. It's just not worth it.

Mobile Legends hacks are easy to detect because the game is so popular, and if you want to try your luck with any such tricks, it shouldn't come as a surprise if your account will end up being banned.

What can I do to win more games in Mobile Legends?

There are many small things you can improve when playing Mobile Legends: Bang Bang. Here are some tips to help you win more games and increase your rank. Focus on the objectives: towers, minions and gold

Completing objectives is key when it comes to ranking up and getting better at the game. Your goal should be to try and farm as much as you can and get more items since items let you be stronger. Then, you want to get as many towers as you can, because that will give your team the advantage of controlling more terrain.

Learn to play just a couple of heroes

From the very beginning, try to learn just a few heroes. You will not be able to get far when you keep switching between heroes every other game. Play 3 heroes at most, but make sure you learn all of their matchups and power spikes. You want to know the damage you do and how much survivability you have, so you'll know exactly when you can trade with opponents and come victorious.

This tip goes hand in hand with learning just a handful of heroes. If you want to be an assassin, then learn heroes that are very strong in this role and you can play them the same every single game (but adapt to the pace of the game, of course). If you want to main the support role and help your team, then you need to know exactly when you can help your allies, and what your hero's power spike is. All roles play slightly differently, so it's easier to just learn one and get really good at it.

Keep your eyes on the minimap

The minimap is highly important, especially when you're learning to play. Try to keep an eye on it at all times, because it will give you important information on what's going on elsewhere, where your enemies are, and whether or not they are roaming. If you see an opportunity on another side of the map, make sure you move there and try to get an advantage for your team.

Want more? Then make sure you check out our other Mobile Legends: Bang Bang articles!
Next Up :
Is Raft Survival Ocean Nomad a multiplayer title?

Who is the strongest Fanny user in Mobile Legends?