If you ever wanted to play as the commander of a powerful base in a classic arcade missile launching game then, Missile Conflict BLITZ by Triboot might be of interest to you. It is about defending and launching attacks on military bases using only missiles to do so. It is available now for iOS and Android.

With continuous attacks from the enemies on your base, your duty as a commander is to protect your base along with your people and lay out a solid strategy to destroy your foes. Along with the controls and mechanics, the devs have also focussed on the graphics and soundtrack, which you can check out in the embedded trailer below.

As you sustain the damage dealt by enemy attacks, the game allows you to upgrade your defence system. This includes towers, missile systems and vehicles. You'll also need to improve your tactics frequently to stay effective with fewer resources. 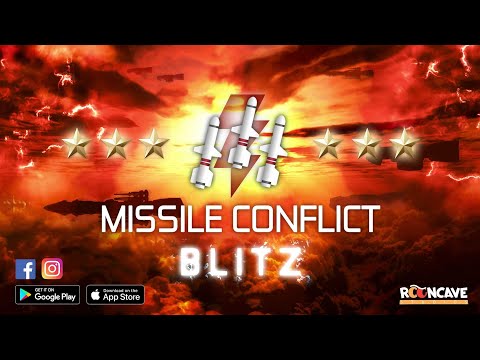 Before the start of each mission, you'll be able to choose up to three skills, which play an important part during the battle. Create new combinations of attacks and weapons before challenging your friends to compete with you. By scoring high you'll net yourself various awards and medals for your bravery. Also, once you've collected them, you can display them in your personal achievements section and in the global leaderboards as well.

Fulfil your desire of becoming a battle commander and guide your army towards victory while developing your war skills and tactics. Missile Conflict BLITZ is available now over on the App Store and Google Play. It's a free-to-play game with in-app purchases.

Looking for more excellent action games to play on your phone? Check out our list of 25 of the best available for Android phones and tbalets
Next Up :
Gunfire Reborn, the popular roguelite FPS, has officially launched on Android and iOS