No the cards aren't missiles

Missile Cards is a combination of Solitaire and the Atari classic Missile Command. You'll lay down cards to arm your defences and defeat a variety of missile-based threats.

As you play, you'll unlock new bases, upgrade your defences, and complete missions. It's immensely replayable.

But is it any good? We asked the App Army exactly that, and here's what they had to say.

Definitely my kind of game. It's simple to pick up and play, but with a great deal of upgrades and extra stuff to collect and keep me busy. The graphics are pretty cool and fit the game perfectly.

While the sound fits the aesthetic and gets the job done, it does grind a bit after while. Overall, it's a great little addition to my app list and I recommend it for fans of similar titles. 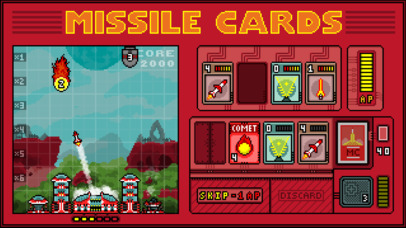 My first impressions of this game are good. It's a nice strategy game that's fairly easy to learn but will take some time to learn the key strategies to success.

I like the graphical feel to it and how intuitive it feels to play.

Uniting the timeless Solitaire and Missile Command feels so right. The retro inspired graphics are clean and simple, taking you back to a time when games had more substance.

It's clearly designed for replayability with progression tracked by achieving specific goals. There's a real challenge behind every match I played, and just like in solitaire there's a randomness to the deck you draw. You never feel cheated by the system at play here.

That one more go feeling was ever present as you look to your own mistakes to inspire you to greater accomplishments next round. There's an XP system at work here too that allows you to upgrade your bases with special abilities, as well as unlock special cards that can modify your deck. 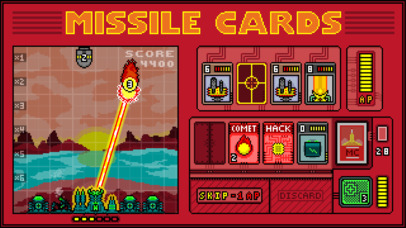 This all adds up to one of the most fun and engaging new games of the summer!

This year has been awesome for card games on iOS. Card Thief, Onirim, Age of Rivals, notable expansions to Reigns and Solitairica, and the upcoming Miracle Merchant.

Competition is tough but Missile Cards is up there with the best. Combining a turn based card game with Missile Command seems odd, but it really works and it's a lot of fun. So much that despite being turn based, it's as frantic and fun as playing the original game back in the days.

Mechanically it plays a bit like Card Crawl, so every turn you have to take some risks and decide what to keep, discard, or use. It's a deceptively simple game that will glue you to the screen for hours, especially if you're trying to get all upgrades. Highly recommended. 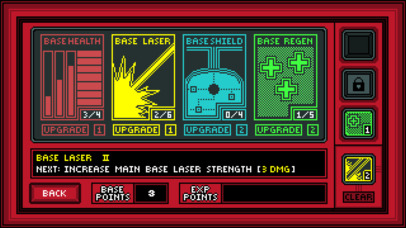 The App Army is Pocket Gamer's very own community of mobile game experts. Each week, we provide them with a bunch of free codes and early access to the hottest upcoming games so they can provide their thoughts in features like this. We also host regular community-driven events with them in mind like tournaments, giveaways, and multiplayer evenings. To join, simply follow this link to the page on Facebook and request access. We'll get you in right away!
Next Up :
Harry Potter Magic Awakened release date and the rest you need to know