Meteorfall: Krumit's Tale is the second game in the Meteorfall universe. Developers Slothwerks are currently asking for people to test out on the game in a closed alpha. They are predominately looking for folks to try it out on Windows though they have said they will also include a few iOS and Android users too, so head over to their Google Doc if you'd like to join in.

Slothwerks are very keen to point out that Krumit's Tale isn't a sequel to the original, though they say you'll see a lot of familiar faces in it. Instead, they see it as being part of the Meteorfall universe rather than a direct sequel. But considering it includes the original game's big bad, the Uberlich, who has returned to cause more havoc and you'll have to stop them once again, it sounds a lot like a sequel to me. 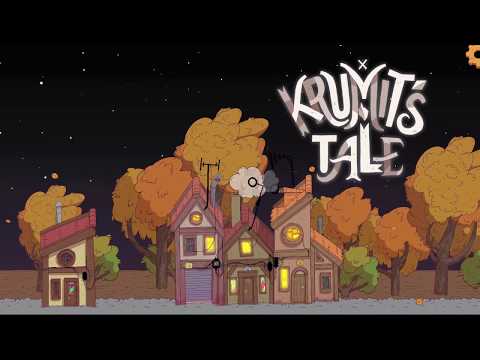 Much like the first in the series, which we thought was fantastic, Krumit's Tale will also be a roguelike deck builder. The dungeons will be laid out in a 3x3 grid and you'll have to cautiously make your way through them, utilising items where necessary to ensure survival. As you fight your way through these dungeons you'll continue to refine your deck as you best foes until you're strong enough to take on the Uberlich.

Krumit's Tale continues to make use of it's unique looking art style and off-kilter sense of humour that helps it stand out amongst the crowd. If you're a fan of all of that and loved the first Meteorfall game or just like the sound of this new one then there's a Google Doc live now where you can register your interest to be included in the closed alpha.