She will be joined by her Gorilla companion Orhu

Meteorfall: Krumit's Tale initially launched in August of this year and has been well-received since then, so it will likely be great news for fans that there will be some new DLC arriving later this month on October 21st on Steam and October 28th for iOS and Android.

It's called the Varfa DLC, which is the name of a new hero that will be added to Meteorfall: Krumit's Tale. Varfa is a Ranger and will be accompanied by her gorilla companion Orhu. Her simian pal will come with nine of his own abilities and will visually change as he levels up 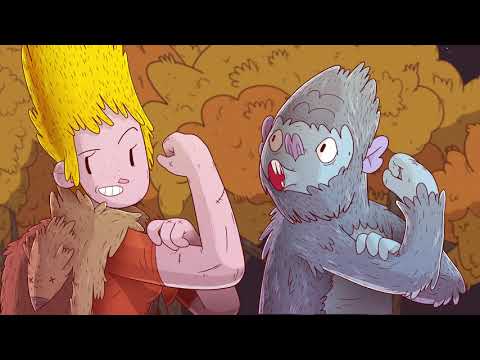 It will also introduce a new trap mechanic to the game where players will be able to lay various hazards across the board to hunt the various beasties they'll face. This includes a standard bear trap, explosive barrels and what appears to be a Tesla coil of some description. Each will bring a different effect, for example, the bear trap will apply bleed to enemies in the same row.

Beyond that, Varfa's arrival will also see the addition of over 50 items and abilities that will include a mixture of bows, the aforementioned traps and powers to support their companions. For instance, binoculars will allow players to mark any unmarked enemies in the top row whilst the bow Razorwind will deal 6 piercing damage to a foe and refresh companion cooldowns if the shot kills them.

Meteorfall: Krumit's Tale is available now over on the App Store and Google Play. It's a premium title that's available for $6.99.

Searching for the very best mobile roguelikes? Well, here are 25 of our favourites for iPhone & iPad
Next Up :
PUBG Mobile has opened registrations for the upcoming 2022 PUBG Mobile Club Open Fall tournament