Metal Slug Commander, the card collecting game based on the popular series, is now available for iOS and Android

Metal Slug Commander is the latest addition to the Metal Slug franchise. SNK China, the publisher, has just released a global beta version of the game for both Android and iOS.

Metal Slug Commander is a mobile card collecting game where you take up the fight against evil. It sees you collecting cards and deploying against your enemies. As you progress in the game, you unlock more characters and ultimately assemble a powerful team of heroes. 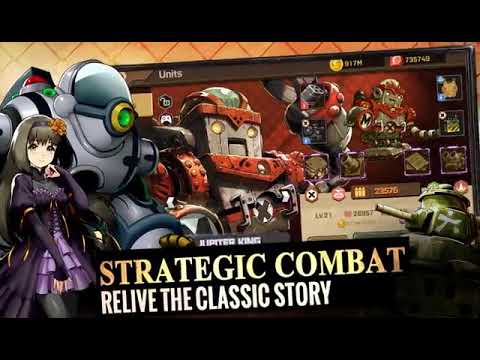 As for the gameplay, the battles are handled automatically. Your sole job is to create great strategies and character combinations. Since it's a PvE game, you also have the option to speed battles up to quickly decipher whether or not your strategy is working.

As mentioned earlier, SNK China has just released a global beta of the game. Metal Slug Commander is now available to download on both Android and iOS devices. Interested players can now download the title from Google Play and the App Store. It is a free-to-play title with optional in-app purchases.

Is Metal Slug Commander any good?

In my opinion, Metal Slug Commander offers nothing new. It's pretty much the same as any other card game already available in the market. On top of that, it feels a bit outdated and has many bugs. An average rating of 2-3 stars on Google Play or App Store showcases that players are not happy with the title at the moment.

However, things might get better in future updates, and if you are a metal Slug franchise fan, you can give it a shot.

Looking for more card battlers? Check out our list of the Top 10 best collectible card games on Android
Next Up :
War for the Seas, a pirate-themed open world mobile game from NetEase, has released for Android