Gram Game’s Merge Dragons!, a popular puzzle adventure will soon launch for iOS and Android devices in China. The game will be fully localized in Simplified Mandarin after the game has received its ISBN (International Standard Book Number) publishing license from the National Press and Publication Administration (NPPA).

Merge Dragons! is a puzzler set in the mystical Vale of Dragonia. Players can hatch and evolve dragons to fight evil Zomblins that threaten the vale. The game is lauded for its novel “merge” feature which allows players to merge all kinds of things to create something entirely new out of them. Be it dragon eggs, stars, flowers, trees, and even dragons, everything can be merged. 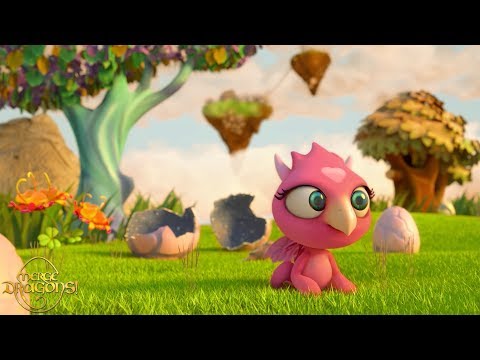 Eren Yanik, the Chief Product Officer at Gram Games said: “Merge Dragons! has been embraced by players globally, who respond positively to its puzzle-adventure gameplay and mission of healing the land using the help of powerful dragons.” “As we prepare to bring the game to players in China, we’re excited to connect this enthusiastic audience with our unique game experience that continues to delight fans all over the world.”

Merge Dragons! will be another fine addition to Zynga’s large umbrella of games that are available to download in China. Some of their other hits include Rollic, Hair Challenge, and Blob Runner 3D. Zynga has also announced that they will be acquiring the China-based developer and the creator of Golf Rival, the world’s fastest growing and second largest mobile game, StarLark. This acquisition and addition of another game to Zynga’s list is further strengthening their position in China.

In regard to this, President of Publishing at Zynga, Bernard Kim said: “International expansion is a key pillar of our long-term growth strategy, fueled by our mission to connect the world through games.” “We look forward to our ongoing development in this important region and we’re excited to bring one of our most innovative games to one of the largest mobile game markets in the world.”

Merge Dragons! can be downloaded for free on the iOS App Store and Google Play Store.

Like puzzlers? Check out these top puzzle games for mobiles!
Next Up :
Flea Jump! is an endless jumper that's launching this week for iOS and Android devices