The Mechs are Here event is blasting into the 5v5 multiplayer robotic shooter game Mech Arena. The best part is, destroying mechs is ultimately going to raise money so that more disabled people can enjoy games. Plarium Global Ltd has partnered with AbleGamers, a non-profit organization that strives to improve accessibility in the video game space, allowing more people with disabilities to easily play video games.

Players in the US helping raise money for this noble cause will also be eligible for exclusive Epic and Legendary Prize Packs, exclusive rewards and limited-edition merchandise. Ten formidable players will also get invitations to the Mech Arena Championship on December 16th. On the charity side of things, Mech Arena will donate $10,000 USD to AbleGamers for every 100 million Mechs destroyed. Another little prize for users living in the States is the ability to be able to pilot a real-life Mech! Those interested can sign up here for the event using their Mech Arena user ID. 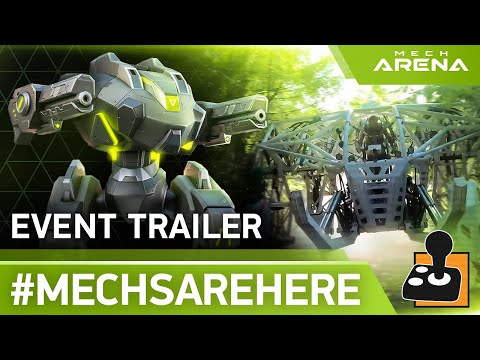 Through the event, Legendary Prize packs providing early access to Mech Arena’s upcoming Mech – Stalker, along with an exclusive Mech Arena Care Package shipped to you, containing a personalized Mech Arena football jersey, an exclusive Mech figurine, an A-Coin, poster, and art book, will be given out.

Beyond that, 10 lucky winners who take part in the in-game event will be chosen to compete in the Mech Arena Championship, which sees teams made up of a mixture of players and content creators facing off against one another, with the eventual winner getting a chance to pilot a real Mech.

Until December 5th, fans can go check it out and also get themselves some exclusive merch and use a special AR filter that brings the mechs to life.

Show your support to AbleGamers by thrashing mechs on Mech Arena by downloading the game for free on the App Store and Google Play.

Also, check out the top action games to play on mobile!
Next Up :
Lineage2M, NCSOFT's stunning MMORPG, is out now on PC, Android, and iOS devices worldwide