Mass Effect: Infiltrator players are a compassionate lot, according to new infographic from EA

But, they don't mind killing a few people to achieve their goals

EA Mobile's rolled out an infographic on player habits in Mass Effect: Infiltrator, drawn from over 10,000 responses on the game's Facebook and Twitter accounts.

Rather than pick a dashing Renegade female character like me, Mass Effect: Infiltrator players are overwhelmingly Paragons of virtue, with 86.1 per cent of them choosing the light side of the force [wrong sci-fi universe, Will - Ed].

Other nuggets of interest from the Mass Effect: Infiltrator infographic include the fact that 74.3 per cent of players would engage a rampaging Scion on their own, while more players play as both male and female characters than just female alone.

For the full infographic fact attack experience, right-click on the image below and view as a URL (yeah, we know). 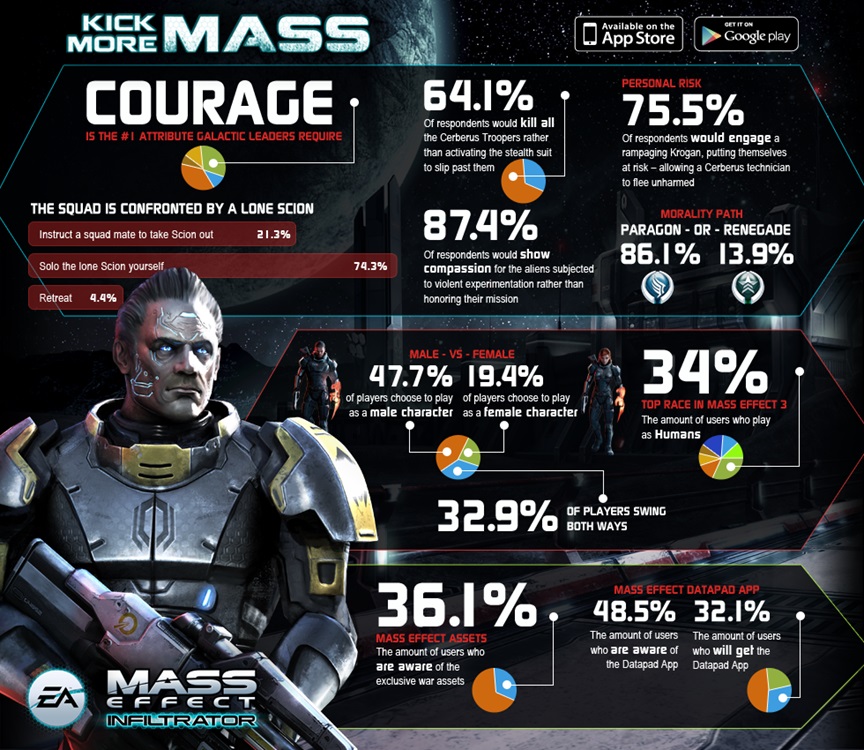 Next Up :
Aether Gazer an upcoming sci-fi ARPG set in a dystopian future, is releasing this year on mobile