MARVEL Duel has been doing the rounds in closed beta testing as of late. you might even have spotted some of the pre-launch gameplay rattlings online - there's certainly plenty of it out there. But, don't be fooled by what you've seen, we've been told, exclusively by NetEase, that the version of the game which will be releasing on the 31st of July will, in fact, be classified as an auto-chess title rather than the card-battler labelling that was being passed around might infer.

Although its heart is certainly with card battlers, the decision to have you purchase cards from the 150+ Marvel characters into play, position them and then have them fight it out, puts it more in line with the increasingly popular Auto-Chess genre. "150!?" I hear you say. I should definitely underline that there's a massive selection of cross-universe instances of characters, meaning that you can definitely line up a roster of only Spider-Man variants if that's what you would like to do. 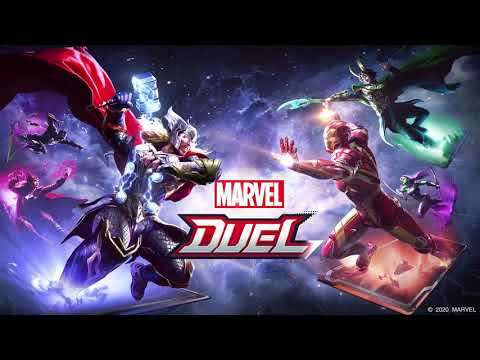 That said, regardless of your fighting line, if you're playing the previously unshown PVE mode then you'll also have Battlefield Companions fighting to assist you, these include characters like Cosmo, Throg and Chewie.

Now, we've got ahead of ourselves a little. On the 31st of July, the final closed beta test will conclude and the game will move to release in select regions only. Specifically, it will launch in Thailand, Indonesia, The Philippines, and Malaysia. We'll have to wait a little longer to find out about when different regions are getting the game - but I can almost guarantee you that you'll hear about it here first.

You can find out more about MARVEL Duel on its official website, alternately head to its App Store and Google Play pages.

Head to the Pocket Gamer LaunchPad hub to find all of our exclusive announcements from our three-day event.
Next Up :
Pucca Puzzle Adventure, a match-3 RPG, is out now on Android and iOS

Marvel Duel is available now for iOS and Android in Thailand, Indonesia, the Philippines and Malaysia