Our first peek at adventure mode

We were treated to a short, but sweet, Mario Tennis Aces trailer today highlighting the game’s new Adventure Mode. The cinematic shows Luigi getting zapped by a cursed tennis racket, before showing possessed versions of Wario and Waluigi, who seem to have fallen on the same curse. It’s up to Mario to save the day, working his way through matches to overcome challenges and defeat the evil forces at hand. 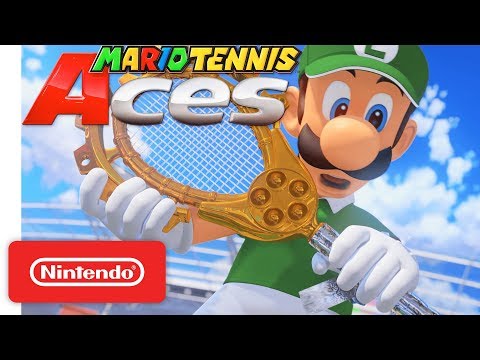 It looks as though the game is going to be serving up a bunch of different stages, with a variety of courts and boss monsters that are sure to please long-time fans of the series and even newcomers to the world of Mario Tennis.

You’ll be able to try it ahead of the release date starting on June 1. Nintendo is releasing a demo, and they’ll be hosting an online tournament until June 3. Participants will unlock a classic Mario outfit in the full game when it launches.