Swinging onto Switch in a few short weeks

Diddy Kong is the next new character headed to Mario Tennis Aces. The fan favorite will be making his grand debut in September, available as a reward for competing in the September online tournament.
The Donkey Kong Country: Tropical Freeze star is a speedy character, and can use his acrobatic skills to swing around the court on a vine to make impossible shots. You can see his moves in action in the trailer below. 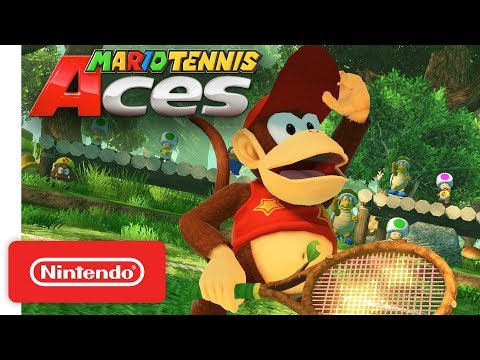 Subscribe to Pocket Gamer on
The Mario Tennis Aces Online Tournament runs from September 1 - October 1, so if you’re hoping to add Diddy Kong to your team, make sure you get in on the action before it’s too late. Koopa Paratrooper and Birdo will also be joining the Mario Tennis Aces cast later this year through future online tournaments.
Next Up :
Paths: Beatrice’s Adventure is an upcoming choices and consequences game based on the life of a 16 year old girl, available in Early Access on Google Play