There's something about Mario appearing in sports games that feels strangely nostalgic, like they're relics from an older time when video game mascots appeared in every genre imaginable to maximise sales across the board.

Most of these bigger mascots have since died down – we have "brands" now instead of characters, c'est la vie – but Mario keeps plugging away, swinging a golf club, kicking a football, and taking part in the Olympics for reasons unknown.

He's back in a sports role once again in Mario Tennis Aces, and we got the chance to put it through its paces for an hour or so and determine if the modern age is truly ready for Mario to take a break from platforming again.

Mario Tennis Aces scored some hype when it was first announced thanks to the reveal of its Adventure mode, a dedicated single-player mode that had been sorely lacking in the series' previous Wii U entry.

The story goes that a magical tennis racquet has appeared and been nicked by Wario and Waluigi, so Mario sets off with Toad by his side to prevent the end of the world, somehow.

It's fair to say that the narrative isn't exactly Shakespeare, but it's not all that important – it's a vehicle for Mario to go play tennis, and that's all it needs to be.

The actual tennis part of things is, for the most part, fairly standard. You run around the court, knocking the ball back and forth and aiming to make it so your opponent can't hit it. 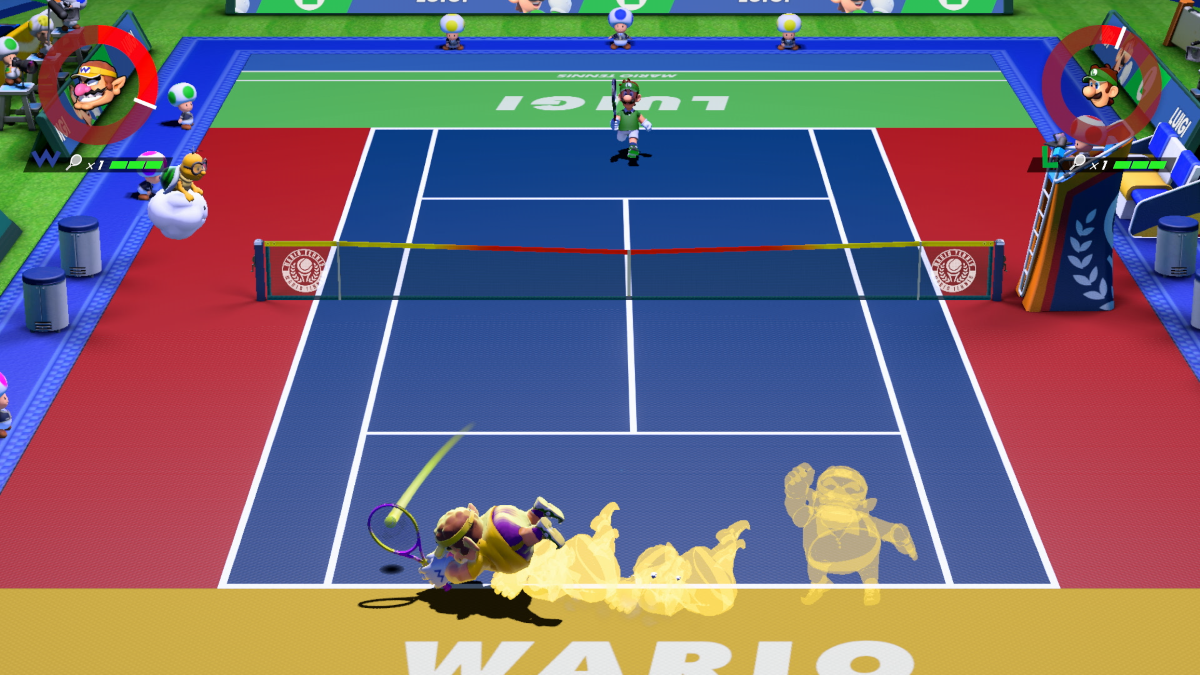 You've got your regular shot, then lobs, drop shots, power hits, and spins to trip up the other player and score yourself some points.

Should your opponent return end up a little sloppy, a large star appears on your side of the court, allowing you to trigger your Zone Shot, which throws you into a first-person view and launch the ball to where you like.

If it happens to you, this can be countered with Zone Speed, which slows everything down and lets you run to the right spot to hit the shot back.

Mess up the counter, however, and your racket takes damage. Take three hits and it'll smash to pieces and lose one from your stock – once that hits zero, it's game over.

It's a silly mechanic on the surface, but it adds a new layer of strategy to the usual tennis proceedings which offers a new avenue for winning if you're not particularly good at the regular game.

You learn all this in the single-player before being thrown into a few missions, offering up different ways to use your new skills in both standard matches and unique challenges.

For example, you'll square off against a forest of Piranha Plants, smacking fireballs back into their faces, and there's also boss battles against enormous enemies with specific attack patterns to contend with. 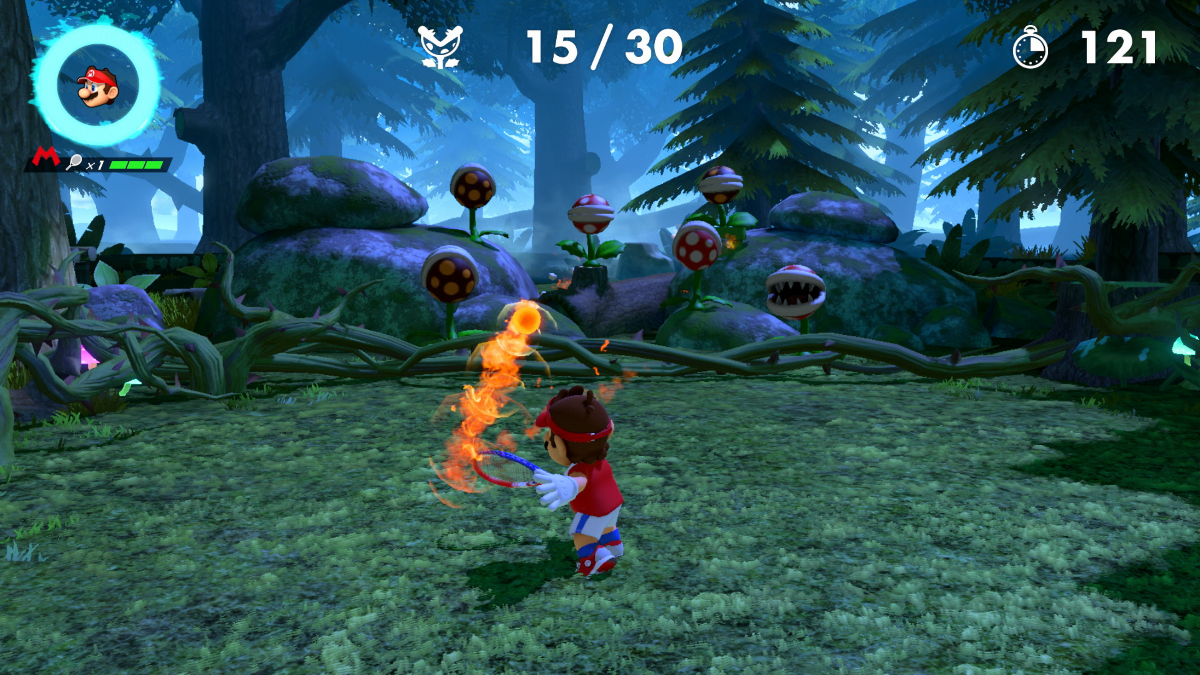 But the multiplayer remains the place to be. As much as the different mission designs will provide plenty of fun, nothing quite beats playing your friends, especially when everyone's throwing the skills into the mix.

A standard short game can become a ballet of bodies as you deploy slow-mo, hit perfect zone shots, and use the Trick Shot mechanic to dive across the court to catch a ball you had no chance of hitting otherwise.

There's plenty of little touches that will raise a smile too – it's impossible not to fall in love with Chain Chomp being a playable character and the fact he carries the ball on his head, for example.

Everything in Mario Tennis Aces is shaping up to be a good time, but whether it will keep you hooked for long enough to be a worthwhile purchase is anyone's guess at this point.

Still, we're cautiously excited to get our hands on the full version and sink our teeth into it properly before it launches on Switch on June 22nd.