The popular anime-themed Mahjong title Mahjong Soul has announced its next collaboration effort after its previous anime crossover, this time with the equally popular anime series Kaguya-sama: Love Is War. Featuring a wide variety of cosmetic items for players to receive and use in their Mahjong matches, this crossover will see you one-upping your opponents using characters from Kaguya-sama.

First up, for those of you unfamiliar with the series, Kaguya-sama is a romantic comedy anime that sees the two protagonists, Kaguya Shinomiya and Miyuki Shirogane, duelling each other in a battle of wits to see who will confess their love for the other first. Shockingly enough, this is a perfect series for a Mahjong game to crossover with.

This is because Kaguya-sama has a lot of references to various classic tabletop games throughout the episodes, such as Chess or coincidentally enough, Mahjong. Given the series is about two characters constantly trying to outsmart each other, a lot of metaphors based on these games are thrown around. 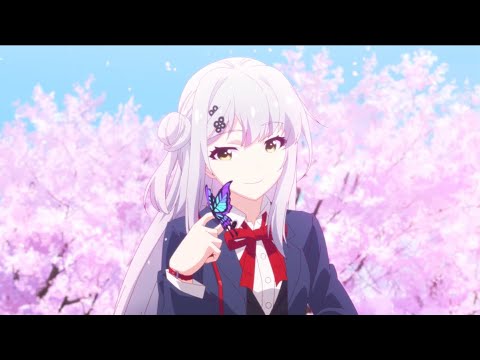 As for what the event includes, it has a new set of clothing, decorations, and special effects, all based on the anime. The most exciting of the additions is surely the fact that you can actually play as one of the two protagonists as well as some side characters, which are all voiced by their respective voice actors. So, when you throw down a Mahjong piece as Kaguya herself, you’ll hear a witty dialogue piece straight from the show alongside a nice cut-in animation too. This applies to all of the new available characters.

And if that wasn’t enough, the new decorations will allow you to set up your background in-game in a fashion that calls to the student council room that the majority of Kaguya-sama takes place within. All of these items can be earned entirely for free by meeting a new series of challenges that will be dealt out across the duration of the event, which will take place from now until May 17th.

So, with all of these free rewards, if you’re a fan of Kaguya-sama and have been waiting to get into Mahjong Soul, now’s the perfect time. To do so, simply download the game, which you can find for free on the App Store and Google Play.

Looking for more of that classic tabletop game goodness for your phone? Check out our Top 25 best digital board games for iOS devices!
Next Up :
MementoMori, a new story-driven idle RPG, opens pre-orders for iOS

Mahjong Soul launches Akagi: The Genius Who Descended into the Darkness collaboration event