We told you back in February that BAFTA-nominated puzzler Magnetic Billiards: Blueprint was being treated to an all-new update, which - among other things - would introduce 20 Tricky Classic Game tables and 20 Fiendish Classic Game tables.

If you head on over to the digital marketplace and click the download button, you'll also get your mitts on two new game prototypes - Squish and ISMMTTM - the ability to undo and replay moves, and access to the pre-existing Relentless Arcade Game for free.

Oh, and before we forget, the Gold Award-winning application now has a new icon. And it's ruddy scary.

"We've added so much extra content to version 2.0 of Magnetic
Billiards: Blueprint that we thought we'd change the App Store icon to show what a difference this update has made to the game," Ste Pickford, the game's co-designer, said.

"And there's a bit of received wisdom amongst developers that big cute eyes in your icon will attract downloads."

"Because we'd deliberately avoided copying the standard, cute, pastel graphic style of most iOS games, and therefore don't have a big-eyed cartoony animal to put on the icon, we thought we'd try using John's wild-eyed stare instead," he continued.

"When I woke up this morning to see my own face looming menacingly at me from the #1 position in the App Store "What's Hot" chart, I admit I was a little frightened," co-designer John Pickford stated.

You can grab Magnetic Billiards: Blueprint from the App Store as a Universal app for free. 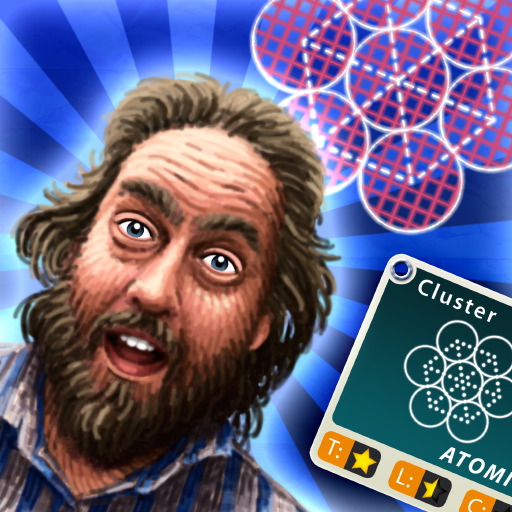 Rush for instant hits on consoles being kicked into touch by long term visibility on iOS, reckons Zee-3's Ste Pickford