It'll feature head-to-head card battling and online card trading. You'll also be able to trade cards over Wi-Fi with players nearby in your location.

As the title gives away, Mabinogi Duel is based on the same fantasy world as its MMO Mabinogi. So you can expect it to be filled with that game's cast of elves, goblins, warriors, and witches.

It'll also have a large single player campaign that has connections to Mabinogi and NEXON's other MMO Vindictus.

This campaign will be expanded on with post-launch updates known as "Generations." These updates will also add new cards to collect.

Dong-Gun Kim, the director of developer devCAT, compared the game to Hearthstone. There's certainly a few obvious similarities between the two titles. 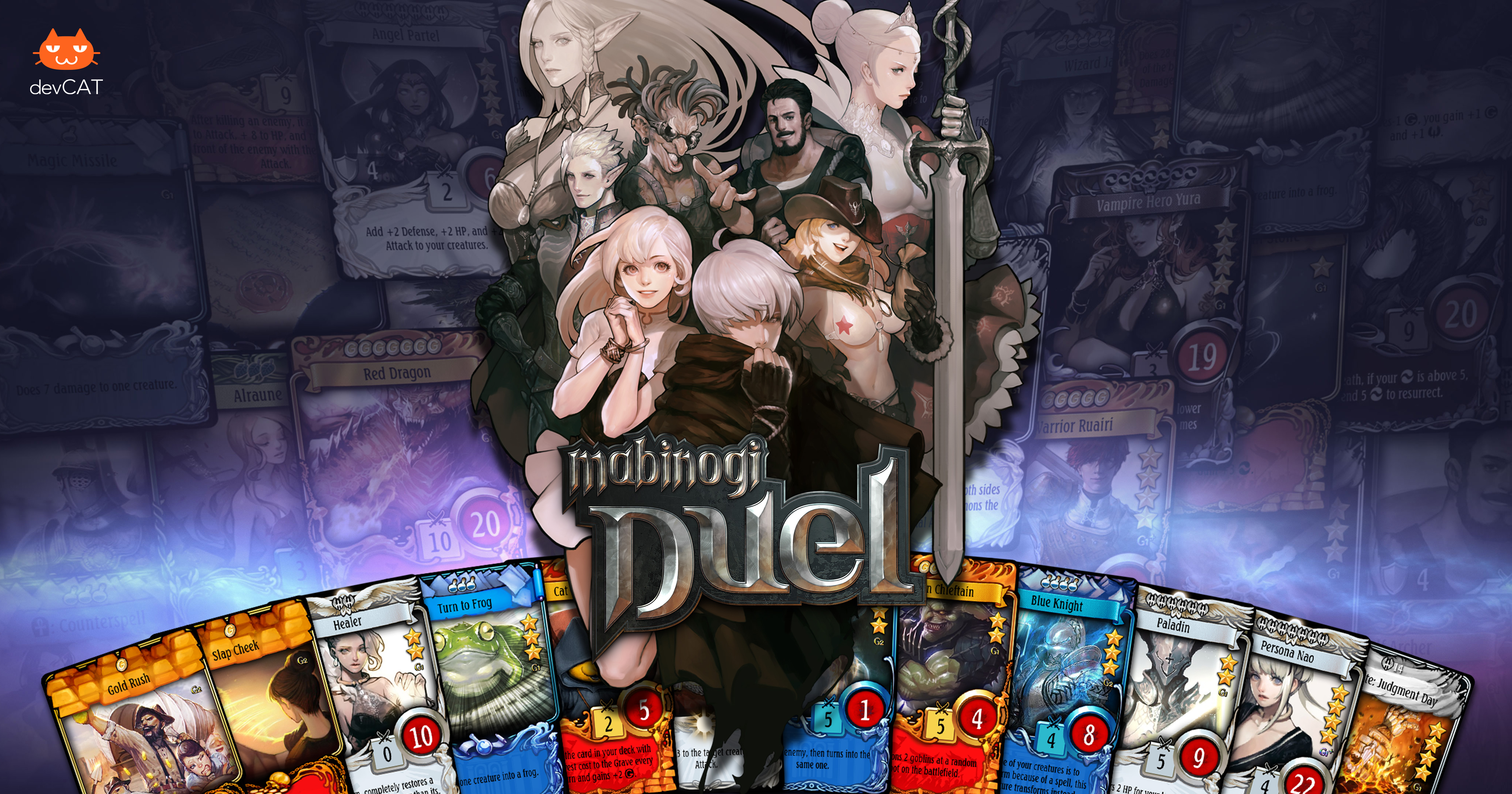 A more specific one is found in the fact that in both Hearthstone and Mabinogi Duel there are no draw matches. Either there's a winner and a loser, or two losers.

Along with the announcement, NEXON Korea has opened up sign-ups for the closed beta on Android. It will run from March 24th to April 1st.

You can register for the closed beta over on its website. Doing so also gives you the chance to win in-game prizes, including in-game currency worth up to six booster card packs.

Find out more about Mabinogi Duel on its website.

Out now: Mabinogi Duel is a new card battler based on the Korean MMORPG