Team is wrapping up Ridiculous Fishing

Vlambeer, the two-man studio behind Super Crate Box and Radical Fishing, "might consider" bringing its new frantic dogfighting game Luftrausers to mobile, once the PC and Mac versions are done.

In this game, you'll engage in white-knuckle aerial battles, while racking up loads of points. Your nimble plane can be kitted out with 125 combinations of different bodies, weapons, and propulsion systems that affect how you fly and influence the music that plays during missions.

Sounds great, but not much use to any of us, of course. Publisher Devolver Digital will land the game on PC and Mac in late 2012, and a console version will follow in 2013, but there's been no mention of mobile. 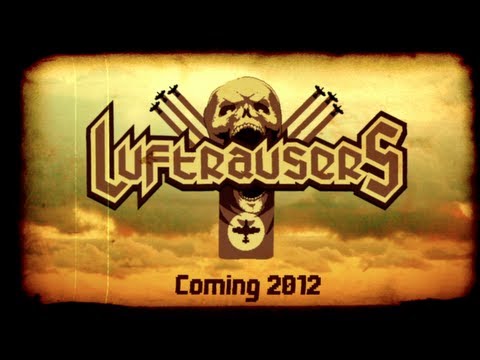 Pocket Gamer spoke to Rami Ismail, the business and development half of Vlambeer, who told us that "we might consider bringing it to mobile platforms - but for now we'll be focusing on bringing the game to PC & Mac first."

It depends on "how much time Luftrausers takes and how it's received". If it's anything like the studio's past games, it will be received extremely well. So, no worries there.

If you can't wait that long for some Vlambeer goodness, Ismail says the team is "working on wrapping up" Radical Fishing's iOS port, the gorgeous-looking Ridiculous Fishing.

Also, Super Crate Box is coming to Vita and PlayStation Certified Androids, thanks to PlayStation Mobile.

Next Up :
Ghosts and Apples lets you turn ghosts into apples to get your soul back, out now on iOS and Android