It will also have a PVP mode

Lords Watch is an upcoming tower defence RPG from Enjoy Game. It's set to be released on Android later this month. Though no specific release date has been given as of yet.

In Lords Watch you will be tasked with defending your homeland against a horde of demons with a variety of heroes. So, pretty much the usual tower defence type setup. Although rather than the normal towers you will instead have a variety of different heroes to choose from. It appears that they can be levelled up into more powerful versions with a tier-based system also seemingly in place too.

It also sounds like you'll be able to have more autonomy over the attacks your heroes use as Enjoy Game says you will be able to attack and defend on your command. This could be special attacks that are cooldown based or simply switching a unit between attacking or defending. Either way, It sounds packed with content, having over 300 levels available so it should hopefully keep you occupied for a little while. Unless of course it's incredibly easy and the levels can quickly be breezed through. 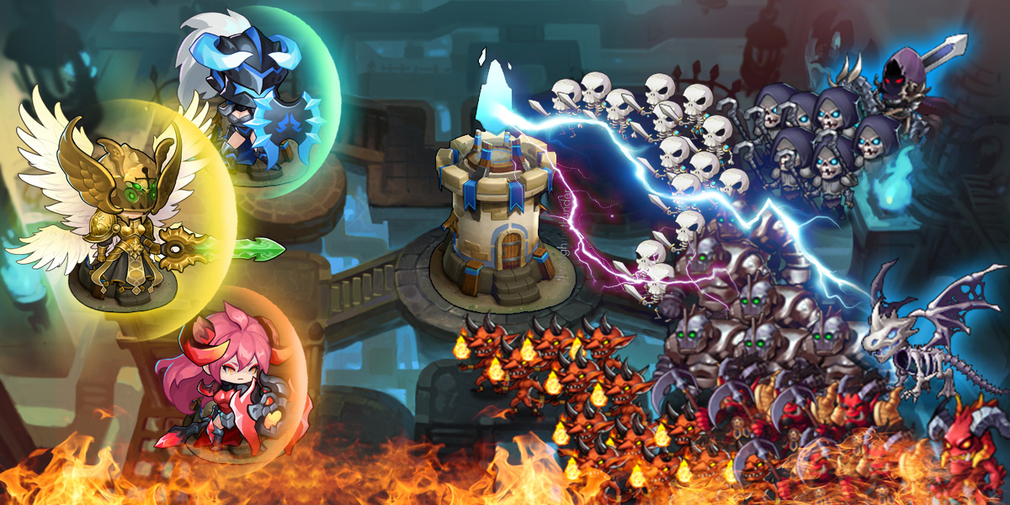 It will also offer a number of other modes including a PVP option so you can pit your tower defence skills against fellow players around the globe. Alongside that, you will be able to reverse the usual tower defence setup and be the monsters that storm the kingdom and wildly fly into numerous defences with no regard for self-preservation.

Lords Watch is slated to be out on Android sometime in August, though a more specific date has yet to be announced. If you're interested you can pre-register now on Android via PreLaunch.me. Lords Watch will be a free-to-play game with microtransactions.

Check out our news section to discover the latest, and greatest, games.
Next Up :
Rise of Eros is an adult mobile game featuring triple-A graphics, now open for pre-registration