Hyperthought Games has announced the Android launch of fantasy RPG Lingo Legend following its successful release on iOS earlier this year. The unique title is geared towards language learners, and boasts a nomination for Best Learning Game by the Games4Change awards under its belt.

The Android release of Lingo Legend will also treat players to a major update along with a new game mode. Players will be able to craft gear and even play as a customisable avatar in this one-of-a-kind card-battling RPG.

In case you're not familiar with the game, Lingo Legend lets you build the ultimate deck and fight monsters by drawing cards. Players will take on language challenges while they find the best strategies to take down their foes. The gameplay is designed in such a way that it encourages language learners to look forward to the next session and learn while having fun. 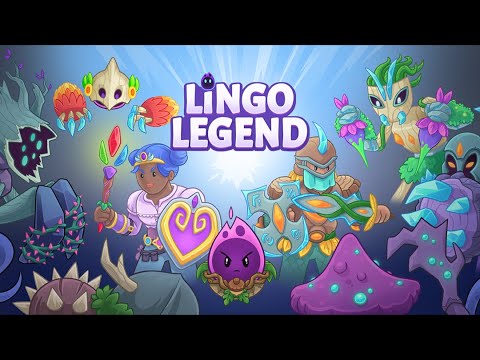 “Now that the game is available for all mobile devices, we are really looking forward to building on the world of Lingo Legend. We have a lot in store to elevate the game experience by bringing in more opportunities to interact with other players, opening up more of the world to explore, and incorporating new ways to apply learning beyond the types of questions available now,” says Darien Morris, Co-Founder and CEO of Hyperthought Games.

Lingo Legend is now available to download on the Google Play Store for Android devices and on the iOS App Store. It's a free-to-play game with in-app purchases. You can also visit the official website to learn more about the game.

Are you on the hunt for more similar titles that will put your skills to the test on your mobile device? Why not take a gander at our list of the best educational games on Android?

Next Up :
Boom Beach: Frontlines is ending development with servers shutting down in January 2023

Yorthwood is a card battler that teaches you a new language via the Lingo Legend app, coming to iOS on March 15th