Beware of the mummies

Light in the Dark is a casual puzzle about helping peculiar light-based creatures called totems to find their babies. It should be coming to Android, iOS, and Windows Phone this month.

It's a casual puzzler and the first game from Dreamgate Studios which, it turns out, consists of people who worked on XCOM, BioShock, and Fallout.

I've spent a little bit of time with Light in the Dark and enjoyed its light-based puzzles. You have to drag the parent totems around the columns, pits, and corners inside old tombs in order to light up the babies to compete each level.

The light that hits the baby has to match its colour. This starts off simply enough, but you'll very quickly have to get to grips with mixing colours to produce new ones.

There are also three stars in each level that have to be lit up when the level finishes in order to be collected. Once again, the light that hits them must match the colour of the stars. 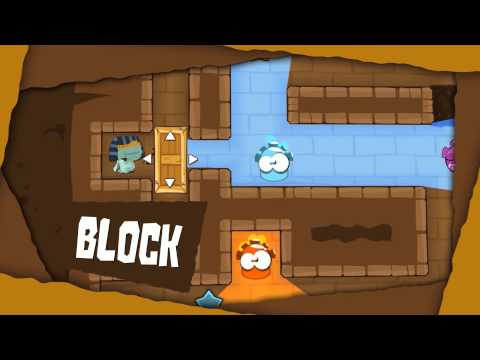 Mostly, the challenge in Light in the Dark is to find the right spot to leave the parents so that the stars and babies are covered by the right coloured light.

However, later levels introduce mirrors to bounce light and blockades to push around. There are also mummies that test your timing.

You see, you have to have the light hit the babies for a certain amount of time to beat the level. This means you have to keep the parent still, but if there's a mummy chasing them then you have to clear some distance from them first.

Moving platforms that block the light are another time-based test that are introduced.

Light in the Dark will be available for £1.49 / $1.99 some time this month on iOS, Android, and Windows Phone. It's currently in soft-launch in the Australian App Store.
Next Up :
Marvel Snap launches new season ahead of the release of Ant-Man and The Wasp: Quantumania

Spread the light to save the babies inside these tombs