Funcom has confirmed that Lego Minifigures Online will be heading to iPad and Android tablets later this year.

This is a kid-friendly MMO that will have you playing co-operatively with other online players.

The action in this one isn't so different from the action in regular Lego game series. So, you can expect to be constructing objects and buildings from Lego bricks, and fighting hordes of enemies.

There are several areas to explore in the game, including a medieval castle and a pirate-themed island. Each area is unique - not only in terms of look, but also in terms of the treasures to be found and the bosses to be fought there.

As the name Lego Minfigures Online suggests, this is a fusion of action figure and video game, much like Skylanders: Cloud Patrol.

You'll be able to purchase the figures in packs, and the characters you get inside then become playable in the game. Each of the characters has different attributes and abilities. 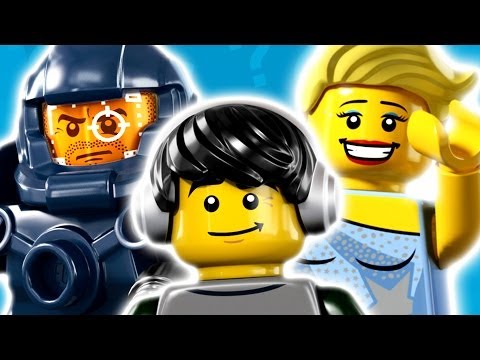 Funcom has also confirmed that Lego Minfigures Online will go into open beta for PC players in June 2014. You can sign up to be part of the open beta on the game's website.

This open beta is to stress-test the servers, and to see how certain gameplay features work with more players.

The game won't be available on tablets until it moves from beta into release status later into the summer.

There's plenty more information on Lego Minfigures Online over on the official website.

GameSpot
Next Up :
Rivengard, a fantasy RPG by Snowprint Studios, is featured in Apple's Founder's Campaign alongside an assortment of other great games

The best game on Android this week - Lego Minifigures Online

LEGO Minifigures Online is out now on iOS and Android