Fight the Machines in digital adaptation of boardgame Legions of Steel, out on iPad

Slitherine has a new turn-based strategy game out for iPad called Legions of Steel (yes, based on the boardgame). It's for anyone who likes tactics that involve shooting robots in their metal faces.

Story goes that the Empire of Machines has become a major threat to the entire universe. To tackle them, The League of Aliens and the U.N.E. (United Nations of Earth) have teamed up.

While the resulting battles are numerous and widespread, Legions of Steel puts a laser focus on those going on inside the underground production labs of the Machines.

It's here that you're tasked with pushing armed units around, setting them up to pass by the infinite waves of Machines - you'll need more than luck to do that.

You'll need to be careful at all times. So expect to be throwing grenades around corners, taking cover when required, and utilizing a range of firing techniques to maximise damage while avoiding taking some yourself. 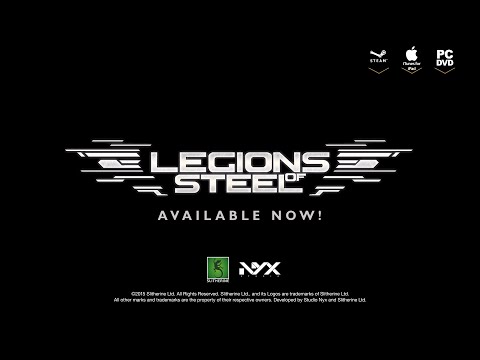 Legions of Steel comes with two single player campaigns. There's also a skirmish option that can be played in normal conditions or under Electronic Warfare rules (adds fog of war).

Plus, there's a "hide-and-seek" multiplayer system that's tailored both for amateur and pro players whether you're playing a single match or an online tournament.

Legions of Steel - Slow and Solid