AIDIS, Inc. has just announced another exciting new collaboration event that fans of Last Cloudia can look forward to soon - the Last Cloudia x NieR: Automata collab event. Fresh from the game’s official Discord channel, the collab will run from August 26th to September 16th, so there’s plenty of time for fans of the RPG to make the most of the crossover.

Last Cloudia has had a number of successful limited-time collaboration events recently, with the last one being a crossover with hit manga and anime series Fullmetal Alchemist: Brotherhood. In the event, players were able to score an Alphonse unit - one of the two main protagonists of the beloved IP - for free simply by participating in the event. Other popular units from the show were up for grabs as well with Rate-Up summons, along with exclusive gear and Arks specific to the event. 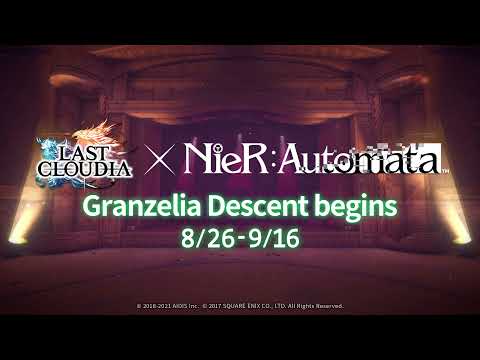 Before that, the Devil May Cry collab was such a huge hit as well. In the same vein, players were able to pull Nero, V, and Dante himself from the pool of summons, unleashing stylish combos on unwitting foes along with event-exclusive dungeons and story campaigns throughout the crossover.

There isn’t much to go on right now about the NieR: Automata collab, but it’s safe to assume it will likely follow a similar style with the previous crossovers. For now, you can check out the super intriguing teaser trailer embedded above to hype yourself up even more about the event.

Last Cloudia is available to download on the App Store and on Google Play as a free-to-play game with in-app purchases. You can learn more about the latest developments on the game over on the official website, or take a peek at our Last Cloudia Tier List to know which units to roll for.

On the hunt for more anime-inspired games? Why not take a gander at our list of the top 25 best JRPGs for Android phones and tablets?

Next Up :
Marvel Future Revolution releases official soundtrack ahead of the game’s launch