Rising Star Games has announced that La-Mulana EX for PS Vita will be heading west at the end of this month on its Facebook and Twitter accounts.

It was originally released in Japan back in December 2014. At the time, the plan was to bring it westwards in January 2015.

No reason was given as to why it's taking a month longer than previously announced. It happens sometimes. Game development is complicated.

We haven't actually covered this PS Vita version of La-Mulana since it was announced in June last year. Some new details about it have emerged since then. 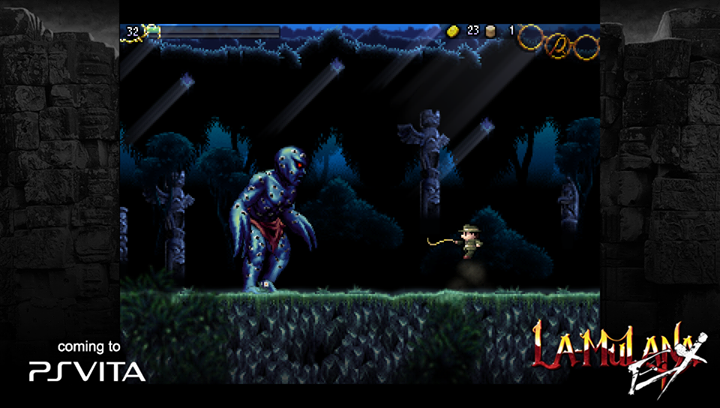 Along with a new monster bestiary, it will have trophies (of course it will), and online rankings to fuel your competitive spirit.

And, if you didn't know, La-Mulana is a tough action platformer that was released on PC in Japanese in 2005. It was then remade in 2012 for PC and the Wii in Japanese and English.

Next Up :
Fortnite kicks off Chapter 3: Season 1 with Dwayne Johnson and Spider-Man