Which part will you play?

With only a week to go before L.A. Noire's big release (or re-release), we've just set our eyes on a brand-new trailer, this time specifically for Switch. 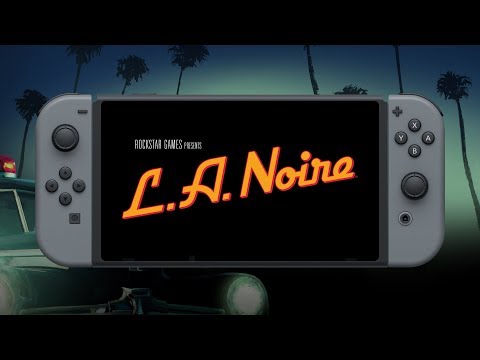 As I'm sure you're aware by now Rockstar Games will be launching their detective game on the Switch next week. In it, you'll play as Cole Phelps, a beat-cop-turned-detective in 1947 Los Angeles as he helps to investigate and solve a series of grisly murders.

Interesting here, the new trailer shows off one major tweak to the game which could either make things easier or harder for players during witness/suspect interviews. Rather than settling with the usual 'Truth', 'Doubt', and 'Lie' options, you've now got 'Good Cop', 'Bad Cop', and 'Accuse' options.

Check out the trailer above for a quick snippet as to what you can expect. L.A. Noire arrives on the Switch November 14th.