It feels like last month that we were talking about it, but in June earlier this year I let you guys know that there was a possibility L.A. Noire could come to the Switch. Well, I was right and it's coming on November 14th. 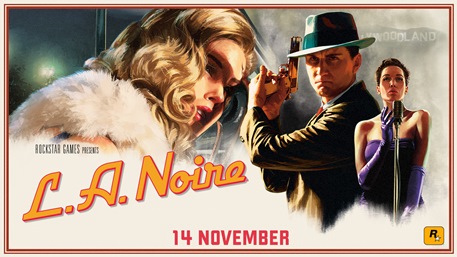 Today Rockstar Games announced that the gritty detective game L.A. Noire will be arriving on the portable platform, as well as a few others. Set in the festering underbelly of 1940s L.A. you'll play as Detective Phelps as he solves a series of grizzly murders, and earns himself more than a few promotions while he's at it.

The Switch version will feature the original game plus all downloadble content and, as I'd hoped, specific enhancements. These include a Joy-Con mode with gyroscope, gesture-based controls, HD Rumble, and wider camera angles that don't sit too closely to your shoulders. There'll also be contextual touch screen controls for when you're on the go.

I'm so stoked to see this game come to Switch. Not only is it a brilliant detective game with hours upon hours of gameplay on offer, but it also opens up the door for Rockstar to possibly bring more to the platform.

Aside from the Switch version, both Xbox One and PlayStation 4/Pro will be getting it, and there'll be a special, seven case experience for HTC Vive-users called L.A. Noire: The VR Case Files.