Knights of Pen and Paper 3 surprise launches on Android

Paradox Interactive seems to have launched Knights of Pen and Paper 3 as a surprise release on Google Play. Before you get too excited, it doesn’t look like the game is available everywhere yet. 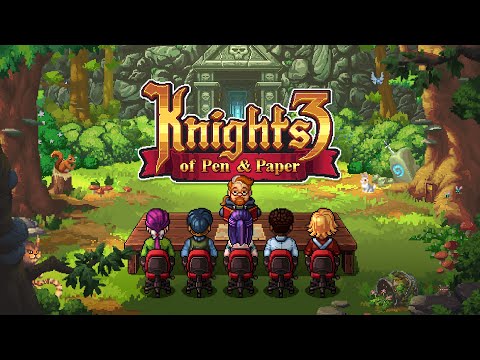 You control this group, who are seen onscreen at all times, as well as the Dungeon Master so you can choose which battles to fight and other aspects of the story.

Knights of Pen and Paper 3 looks to continue that same gameplay style by having the characters embark on another adventure, raiding scary dungeons and exploring a lush fantasy land.

Apart from that, you can expect all the usual RPG-style elements in this game such as going on big side quests, levelling up and gaining new skills, and meeting a large cast of interesting characters.

As it’s themed around tabletop gameplay too, you should expect dice rolls and fun party banter to also take place during your adventure.

It looks like this new addition to the series is going down the freemium route, with a free to play model where you can buy in-game content as in-app purchases. This is the same as the second game in the series did, whereas the first Knights of Pen and Paper was instead released as a premium app.

Knights of Pen and Paper 3 is now available on the Google Play for Android store as a free to play title with in-app purchases. It’s currently only out in soft-launch though, so it may not be available in your region yet.

Check out some of our favourite Android RPGs right here.
Next Up :
These Robotic Hearts of Mine, due for delisting from the App Store soon, is currently completely free

These Robotic Hearts of Mine, due for delisting from the App Store soon, is currently completely free