A Samsung Galaxy Store release is also planned for the future

Developer tap4fun has announced its latest project, a strategy game called Kingdom Guard, will launch on the Samsung Galaxy Store app platform as well as the Amazon App Store. This title features plenty of deep systems, encouraging players to utilize every single structure at their disposal as well as some hardcore strategizing to make sure they can defeat all of the challenges thrown their way. The release onto new platforms will allow the already popular kingdom management game to reach new audiences and become even bigger.

Kingdom Guard has been out since the middle of last year, and since then, has topped the charts in numerous countries. Featuring an in-depth tower defense style gameplay that grows more and more challenging as you progress further, this one requires plenty of forward-thinking and planning ahead to avoid getting overwhelmed. 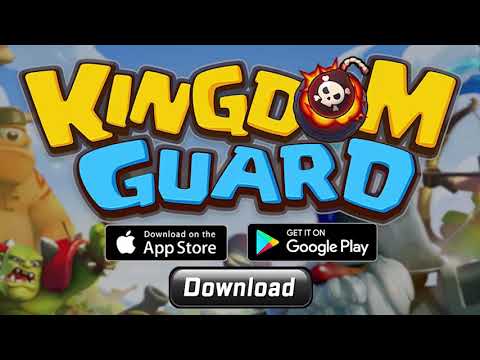 The actual gameplay involves defending an egg from invading hordes of foes throughout various levels. The units at your disposal range from elven archers, fire wizards, ice witches, and goblins rocking massive cannons. You’ll place these units on several platforms spread along a planned path and watch them do battle with the oncoming hordes of enemies.

In a unique twist on the tower defense genre, you can swap out these units as you please without any timer or cooldown, meaning you can truly stay on your toes and make sure you’re using the right units at all times. The foes you’ll be striking down include rogues, orcs, and cyclops bosses that will appear at the end of each level.

All of this leads to a pretty in-depth and intelligent tower defense game that will test your skills and reflexes in keeping up with swapping your units around and making sure you’re on top of things. If that sounds like something you’d enjoy, you can find Kingdom Guard for free on the App Store, Google Play, and now the Amazon App Store and is soon to launch on the Samsung Galaxy App Store.