The King of Fighters '98 is SNK Playmore's mashing together of three years of brawlers, and it's out now on iOS and Android

There can be only one 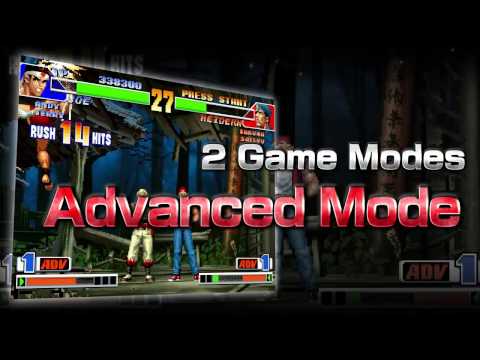 The King of Fighters '98 is now available on iOS and Android, so if kicking and punching are your cup of tea, you could well be in for a bit of a treat.

The game is essentially a compilation of KOF '94 – '97, bringing together a bunch of characters from the series, including some who were dead by '98, and pitting them against each other in a plot-less fight to the death.

There are four and six button control methods, and the game is compatible with Bluetooth controllers, so you can use actual real-life buttons to kick and punch your friends in the face.

With two game modes, as well as a training dojo to test your skills in, and 38 characters to choose from, this is a pretty impressive 2D retro-brawling package.

Next Up :
Once Be Human is an upcoming survival game from NetEase that promises to be extremely weird

The King of Fighters '98

King of Fighters '98 is coming to iOS and Android, with Bluetooth controller support