FunPlus is celebrating six years of service in King of Avalon, the studio's medieval mobile strategy MMO. The sixth-anniversary festivities will add new content and tons of special in-game events to thank players for their love and support through the years.

On King of Avalon's sixth-year anniversary, players can expect special events like the Camelot Tournament, as well as the Dragon Flame Feasts, Anniversary Memory and a Fireworks Workshop.

“It’s an honour to reach this milestone. In the ever-changing industry of mobile gaming, it’s a major achievement to celebrate 6 years of continuous live service and success,” says Chris Petrovic, Chief Business Officer at FunPlus. “The latest 'Frost & Flame' expansion of the game, and the arrival of Orlando Bloom as a playable hero has breathed new life into King of Avalon - there’s always more to come and we can’t wait to celebrate with our fans.” 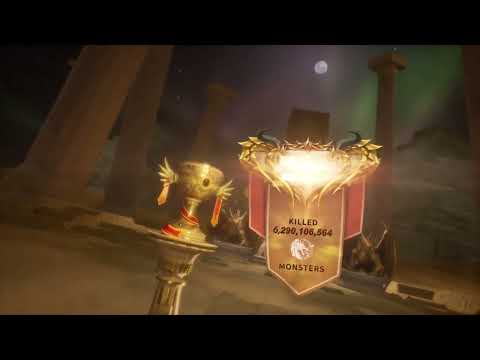 Apart from the new expansion "Frost & Flame" that features Orlando Bloom as a playable character, the game is keeping things festive by giving away a rare anniversary accolade for players who log in for 14 consecutive days.

There's so much more to look forward to during the anniversary, so if you're keen on joining in on all the festivities, you can download King of Avalon on the iOS App Store and on the Google Play Store. It's a free-to-play game with in-app purchases. You can join the community of followers on Twitter to stay updated on all the latest developments, head on over to the official website to learn more info about the game, or take a little sneak peek at the embedded clip above to get a feel of the game's milestones as well.

Next Up :
Hindsight is a new emotional journey from Annapurna Interactive, out now on iOS