The first video in the series focused on the game's booby traps, but this time you can get a sneak peak at the vehicles you'll be able to get your mitts on.

The video also explains that vehicles act as a shield of sorts, and are kept until you take damage from the game's many hazards.

The video reveals two new modes of transport, including Barry's Badass Hog from Halfbrick's Monster Dash game, and a vehicle that looks to be a nod to endless runner Gravity Guy.

Vehicles briefly mentioned last week, such as the mech-like Lil Stomper, and the Profit Bird (a small stab at the likes of the money-making Angry Birds), also make a reappearance.

In Machine Gun Jetpack, you'll be able to upgrade your vehicles with coin magnets and more, and treat them to a completely useless Pimp My Ride-esque makeover.

The Halfbrick team has five vehicles ready to go, with a total of 12 successfully prototyped. You can expect these in free updates.

Machine Gun Jetpack will be crashing onto the App Store this September. 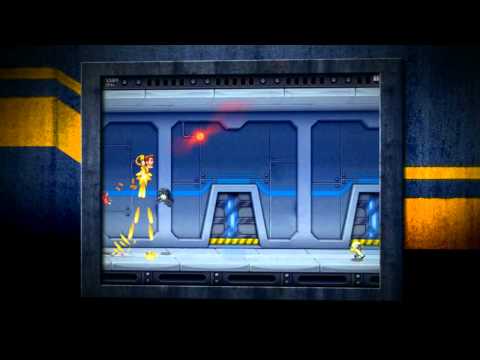 Subscribe to Pocket Gamer on
Next Up :
One Hand Clapping, a unique game that makes you solve puzzles by singing and humming, is launching next month on Android and iOS