Jet Set Radio rightly stands as a classic of the Dreamcast era. Even now it looks subversively colourful, a blast of celshaded, blue skied brilliance in a gaming world that's increasingly reliant on angsty browns and greys.

But beyond the unique style and the effortlessly cool swagger, Jet Set Radio was a difficult beast to master. It's a game in which your fight against digital cops for some freedom of artistic expression is mirrored by the way their cel-shaded billy club attacks incessantly stop you from reaching the flowing, rail grinding grace that's bubbling just under the surface.

Conquering that frustration, and finding a line free of oppression, is one of the great joys of video gaming, but unfortunately this iOS port never quite lets you achieve it. Hampered by control issues and scenery pop in, it lacks the precision of movement that Jet Set Radio demands.

Beaten to a pulp

You begin the game as Beat, a ragamuffin skate kid from the fictionalised city of Tokyo-to who just wants to rollerblade and spray graffiti all day long. Beat is the leader of the GGs, a skate gang in which you'll recruit new members as the game progresses.

Each new recruit becomes playable after you defeat him in a number of follow-the-leader skating challenges. Alongside the in-depth tutorial, these are designed, to begin with anyway, to show you the ropes.

You control Beat with a floating stick to the left of the screen, and 'jump', 'boost', 'centre' the camera, and 'spray a tag' buttons to the right. Spraying larger tags takes you to a simple mini-game where you need to swipe around the screen the correct way to lay down some paint.

Each level begins reasonably sedately. You'll skate around, grind some rails, amend some tags, and generally feel like you're on top of the world. Then the police will show up and try to murder you, and things go down hill from there pretty quickly.

Caught by the fuzz

The leader of the police, a man named Captain Onishima who sports a ridiculous quiff and some grizzled stubble, will think nothing of shooting you in the face with his enormous hand cannon if he spots you. Other cops will hit you with batons, fire tear gas cannisters at you, run you over with motorcycles, or use helicopters to fire rockets at you.

This escalation was all part of the challenge in the Dreamcast original, but with the unresponsive controls and unclear escape routes that the iOS version offers, it turns the game into a depressing routine of powerful cat and hobbled mouse.

More often than not you'll miss your graceful leap onto a hand rail to escape, instead getting trapped halfway down the stairs, unable to pick up the speed you need to escape and waiting like a sitting duck for the barrage of fire that's soon to be heading your way.

A cycle of violence

Where the original was about pushing back against totalitarian oppression, that's impossible here. You're not just fighting the police, but you're struggling with the basic mechanics of the game as well, and that's a scrap you've got no chance of winning.

It's a shame, because there are moments when everything clicks and you remember the infinite grind that hides on every level, with the swelling techno soundtrack in your ears and the flash of electro skate on metal on the screen.

But then someone shoots you in the face, and you end up trapped in a frustrating and unbreakable cycle of capture and stumbled escape that has nothing to do with what Jet Set Radio is supposed to be about. 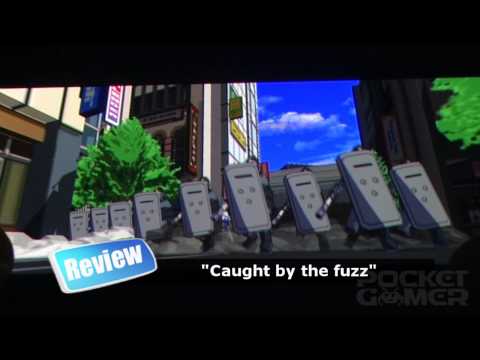 A broken version of one of the finest electro-rollerblade games ever made, Jet Set Radio is a disappointing coda to a gloriously multi-coloured legacy
Next Up :
Netflix Desta: The Memories Between review - "Pass the ball and conquer your dreams"

Jet Set Radio coming to Vita, iOS, and Android by end of November