Jenny LeClue, Mografi's detective game, is heading to Apple Arcade. There's no set date for when it'll arrive on the service so it's possible it won't be available on launch, but we can expect it to arrive before the end of the year.

Jenny LeClue started life as a Kickstarter project way back in 2014. Since then it's been announced that it'll be coming pretty much everything including Switch and now iOS. It's nice to see a game that's clearly had a lot of love poured into it getting recognition from Apple.

If you're not familiar with the game then Jenny LeClue is a detective adventure game with a strong focus on choices influencing the story. Every decision you make will write out the story and can even potentially affect the story of the game's narrator, the wonderfully named Arthur K Finklestein. 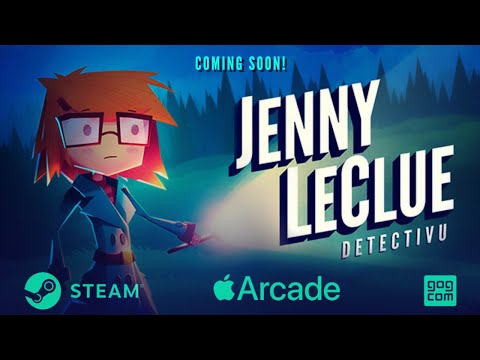 The art style is a lovely hand-drawn look that's inspired by mid-20th-century aesthetics. This world will also be littered with various objects that you can interact with, calling back to an age of point and click adventure games.

Being a detective there will also be a bit of an L.A Noire feel to parts of the game. There will be segments where players will be talking to other characters. During these moments of dialogue, Jenny will be able to scrutinise her surroundings looking for clues that the person may be lying or telling the truth.

Jenny LeClue will be available on Apple Arcade at some point. There's no specific date at the moment other than 'coming soon' so there's a chance it will be added after the initial launch. We've created a list of all the currently known Apple Arcade games so you can see if it's a service that interests you.

Check out our news section to discover the latest, and greatest, games.
Next Up :
Road to Valor: Empires, the fantasy-themed PvP strategy game, launches globally today for iOS and Android

Jenny LeClue is looking for Apple Arcade subscribers to test their V2.1 release

Kickstart this: Jenny LeClue is a sharp-looking coming-of-age murder mystery for iOS