Time to get a clue

Fresh out of PAX East, there's a new gameplay trailer and potential release hint for the Kickstarter-funded game Jenny LeClue - Detectivu from Mografi.

You'll play as Jenny, a young detective looking into the recent murder of the dean of Gumbolt University. Investigate, locate clues, and talk to witnesses, but be careful – the way you interact with characters will impact how they respond to you later in the game.

The plot quickly thickens when Jenny finds out that her own mother is a prime suspect in the murder, and the game promises to have plenty more twist and turns in store. 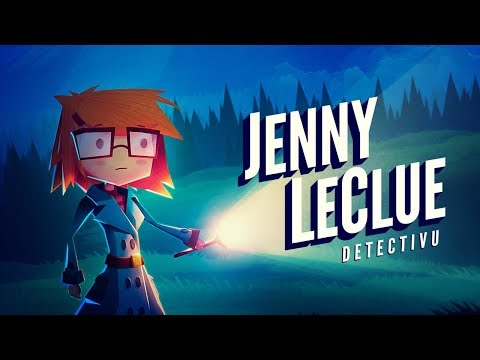 The trailer gives us a sneak peek at the beautiful, hand-drawn world Jenny inhabits, and a feel for how you'll navigate through the game. There's spooky graveyards and dark caverns to traverse, but also a world that feels packed with a unique personality and attention to detail.

Even more exciting, the very end of the trailer hints at a Halloween release, suggesting that the wait may finally be coming to an end.

We've had our eye on this one for a long time - it was Kickstarted back in 2014, but we barely heard a peep after that. Hopefully it'll finally launch later this year and we can start cracking some cases.

Jenny LeClue is looking for Apple Arcade subscribers to test their V2.1 release

Kickstart this: Jenny LeClue is a sharp-looking coming-of-age murder mystery for iOS