The Android beta version of Ingress, developed by Google's in-house studio Niantic Labs, has been gradually improving since its release a year ago.

Now it seems to have reached the point that Ingress is ready to expand to new player bases. Ingress's product manager, Brandon Badger, made the revelation to AllthingsD that Ingress would be heading to iOS in 2014.

Ingress has picked up traction among Android players for its fusion of augmented reality and gameplay. Players join either The Enlightened or The Resistance, and earn resources known as XM for their team.

They do this by travelling along routes that are mapped out in their outdoor surroundings. When enough XM is amassed, players can then partake in missions at a designated Portal, which is found at a public space such as a library, or a park. 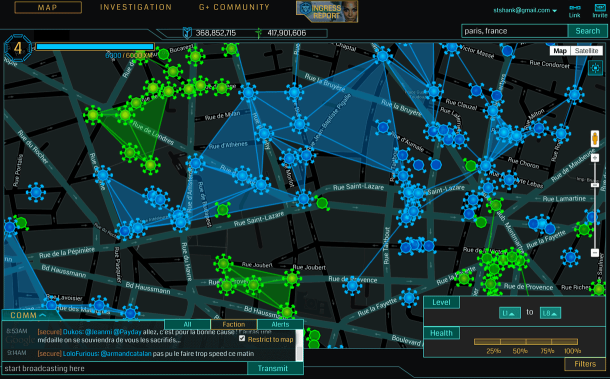 Successful missions allow that Portal to be used by the winning team to draw shapes over real geographic locations that they can claim as being their territory.

It's a game about building real communities and defending owned areas from your enemies, who also happen to be your neighbours.