Sequel if you wanna go faster

Radiangames reckons that Inferno 2 - the sequel to the Bronze Award-winning Inferno+ - will arrive for iOS on October 2nd.

That's a prediction and a hope rather than a confirmed date, mind.

As with Inferno+, this sequel is a neon-heavy twin-stick shooter that takes place in maze-like levels. It has 80 levels that'll have you dodging bullets and bouncing them around corners.

Luke Schneider, the solo mastermind behind Radiangames, says that Inferno 2 is the "largest self-published project" he's ever worked on. At least, in terms of how much content there is.

"It’s quite a bit bigger than Powerpuff Girls (including the 2nd quest), and much bigger than Inferno+, not to mention more polished than both of those games," Schneider wrote on his blog.

After many late nights, Schneider says that Inferno 2 is now finished and will be submitted to Apple for review shortly. To "prove" it, he's uploaded a video of Inferno 2 gameplay from its 29th level.

You can watch that video below. 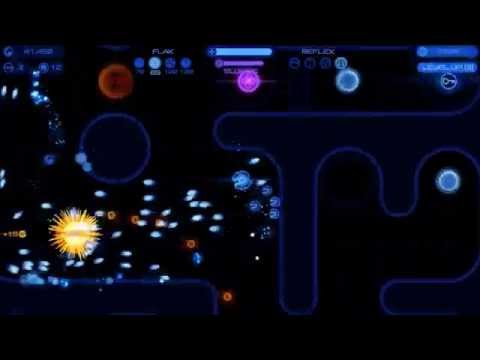 Schneider will soon start work on the Android and Windows Phone 8 versions, and then the OUYA and Fire TV ports, too.

After that, he reckons Inferno 2 will be headed to PC and consoles with improved graphics, a co-op mode of sorts, and other expansions.

This enhanced version will also be coming to Vita.

We'll let you know when the iOS version of Inferno 2 is about to come out in the next few weeks.

Developer Radiangames is updating almost all of its apps for iOS 11, teases new games

An embarrassment of riches: Radiangames' entire catalog is on sale