It has been a while since we last heard about SuperGaming’s upcoming battle royale Indus. The developers, who are based in India, are best known for the likes of MaskGun and Silly Royale. They are now stepping into the battle royale territory and what better day to release a new trailer than India’s 75th Independence Day?

The first trailer for Indus, which has been touted as an Indo-Futuristic battle royale was displayed far away from Pune, India, in New York’s Time Square. It gives players a good look at the game world and in-game characters donning some sort of a high-tech suit. They are all fighting to get their hands on an extremely precious resource. The game’s Indian roots are pretty evident with the musical choice and a character skin that resembles one of the Hindu Gods – Ganesha. 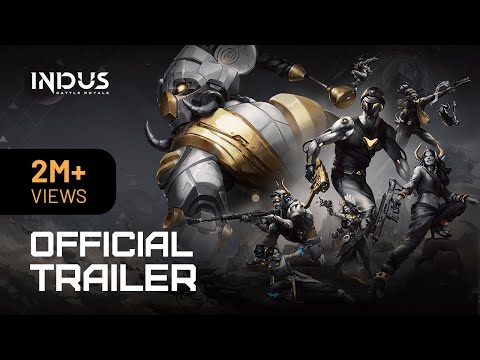 Speaking about Indus’ development, SuperGaming co-founder and CEO Roby John, said: “Indus is at a stage where within the development team, we are able to play it in-house regularly. While there’s still some work to be done before we can bring Indus to all of you, this trailer shows what we’re crafting to match your expectations and our ambition of putting India on the global gaming map.”

Eager fans also got a surprise at the end as the trailer reveals that pre-registrations will begin soon, for both Android and iOS users. In case you haven’t heard about the game, Indus will go slightly deeper than being your run-of-the-mill battle royale with a deeper focus on lore and storytelling. Players take on the role of a Mythwalker hired by COVEN, an international syndicate. They discover a technologically advanced planet called Indus with contains Cosmium, a life-altering material that the organisation wants to exploit.

And while you wait, check out this list of the best battle royale games to play on mobile!
Next Up :
RuneScape is giving players a new beginning with the upcoming Fresh Start Worlds event that celebrates 300 million accounts