A guide to building an empire in Immortal Conquest: Europe

After all, Rome wasn’t built in a day

Publisher Funcell123 is giving mobile gamers a new MMO strategy game to get to grips with. Set in a fantasy world two million parcels wide, Immortal Conquest puts you in control of your very own plot of land. But, as every aspiring emperor knows, size matters, and it’s not long before you’ll have to expand your enterprise by any means necessary. So to give you the jump on your competition, have a read of our beginner’s guide to Immortal Conquest: Europe.

The sprawling continent of Immortal Conquest will only be unified once some cocky so-and-so builds up the strength to occupy Delphi, a sort of in-game holy land. To do that, you’ll need the help of the gods – deities plucked from various mythologies and turned into hulking warriors or busty babes. They form your Gairo cards (Gairo being the term used for heroes in the game), and offer different skills to assist you along with your troops in becoming the next Genghis Khan. 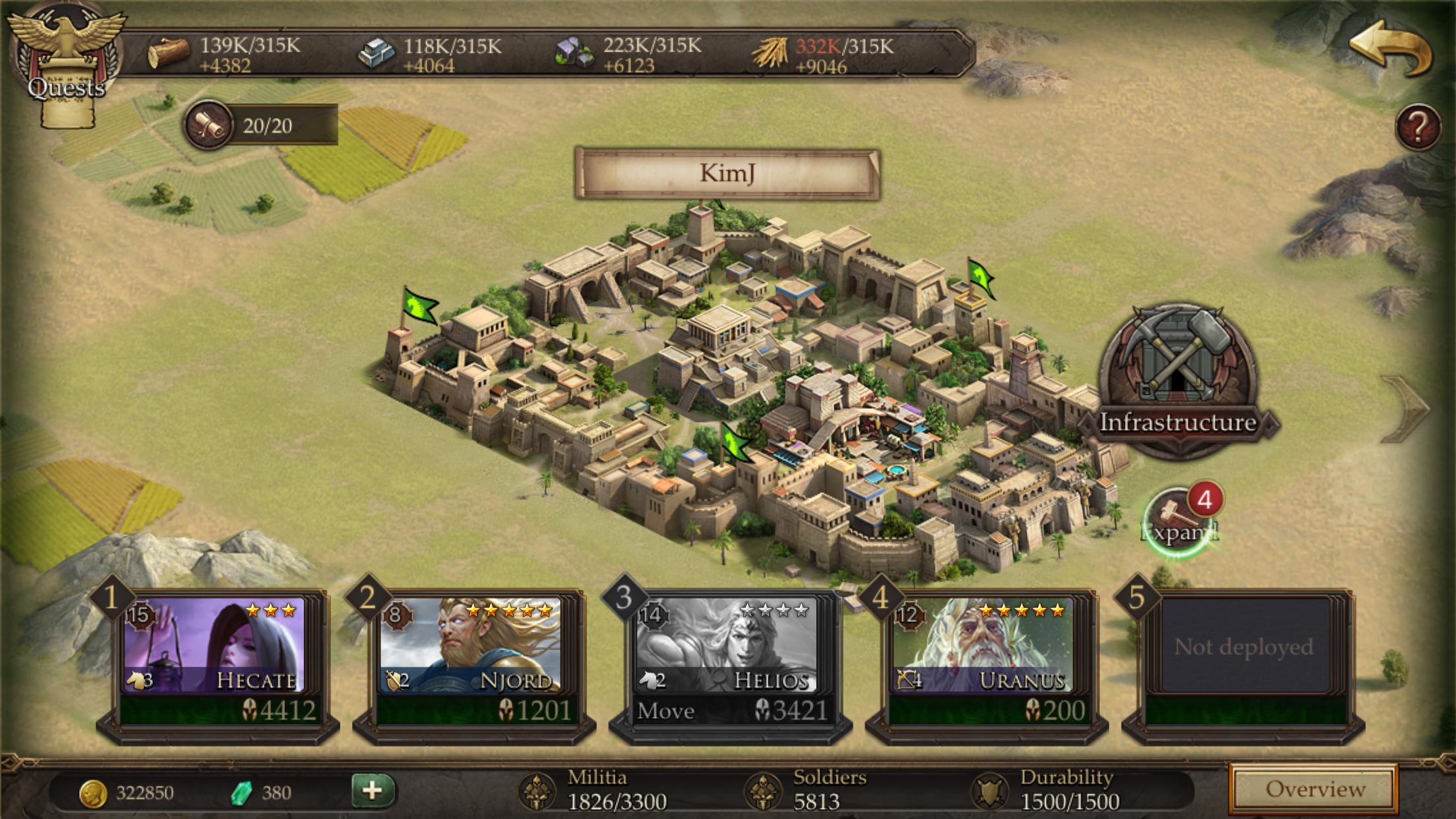 When you start, you’ll be focused on harvesting resources and building up the strength of your city – but don’t forget that there are plenty of resource rewards to be retrieved through your buildings, so don’t neglect them early on. Just make sure not to use up all of your resources on upgrading every building in sight, or you’ll end up penniless and pestering the wench down the Kings’ Head for a free pint. 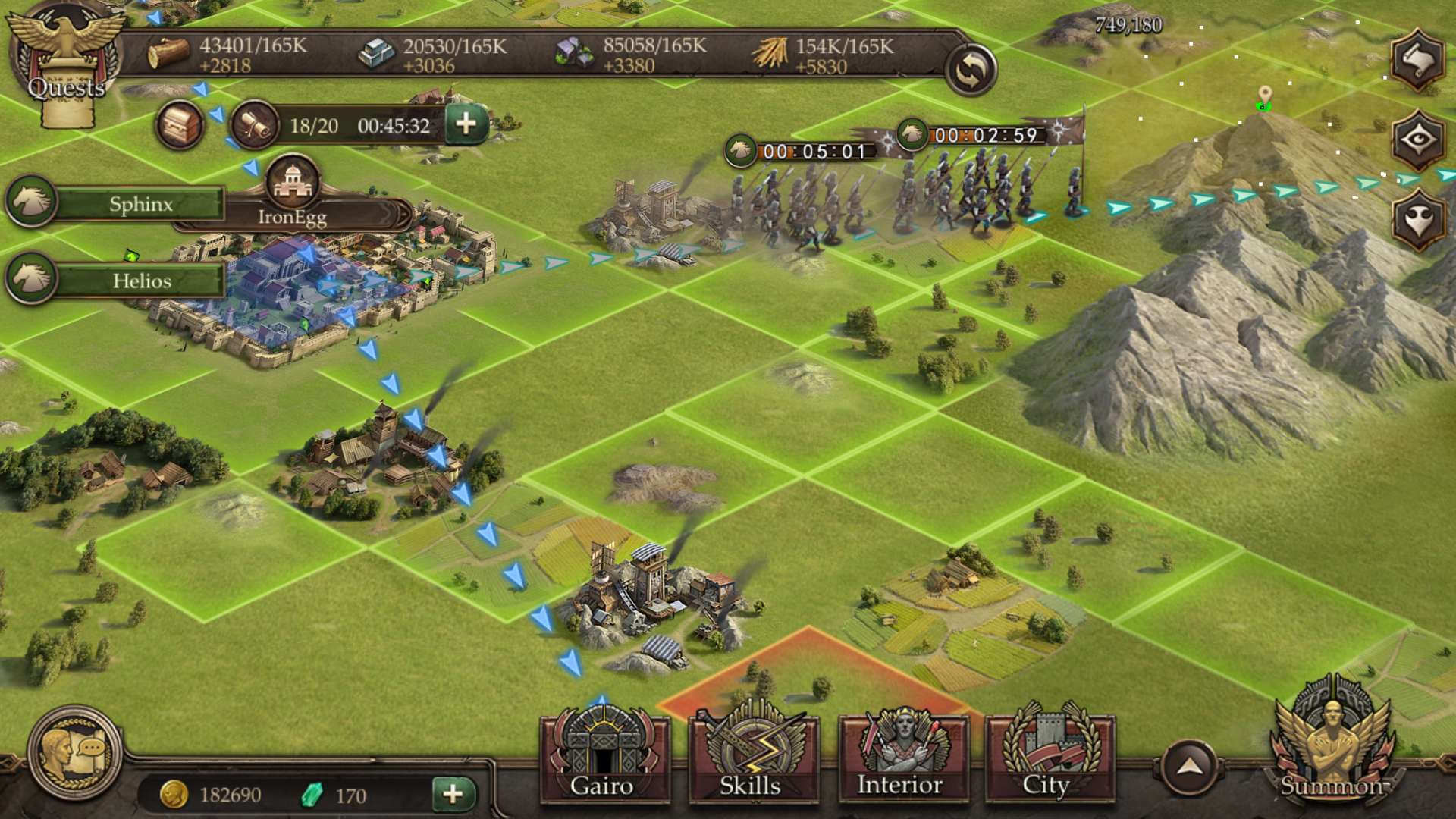 Any land attached to yours can be marched to. A warning of danger will pop-up if the land you’re trotting into is enemy territory – so be prepared to fight. Consider playing it cool if you don’t think you can spare the resources to squabble over a bit of land - you can try again later when you’re tougher, or find a safer route.

Beginners’ quests offer decent rewards, so be sure to make the most of them. Once you’re a bit more experienced, the best way to obtain greater resources is to capture more land. You can also send your troops to the farm to retrieve resources for you. Who needs a combine harvester when you have an army of sword-swinging soldiers at your disposal? 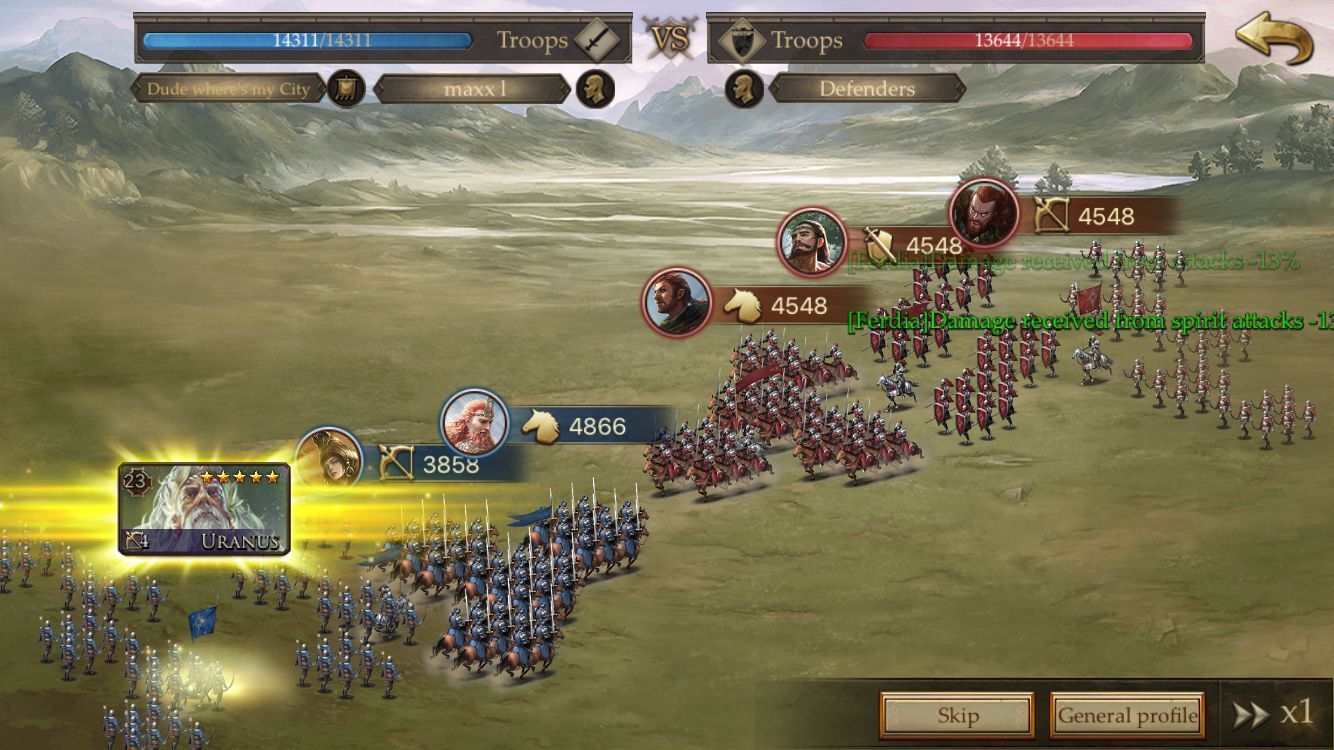 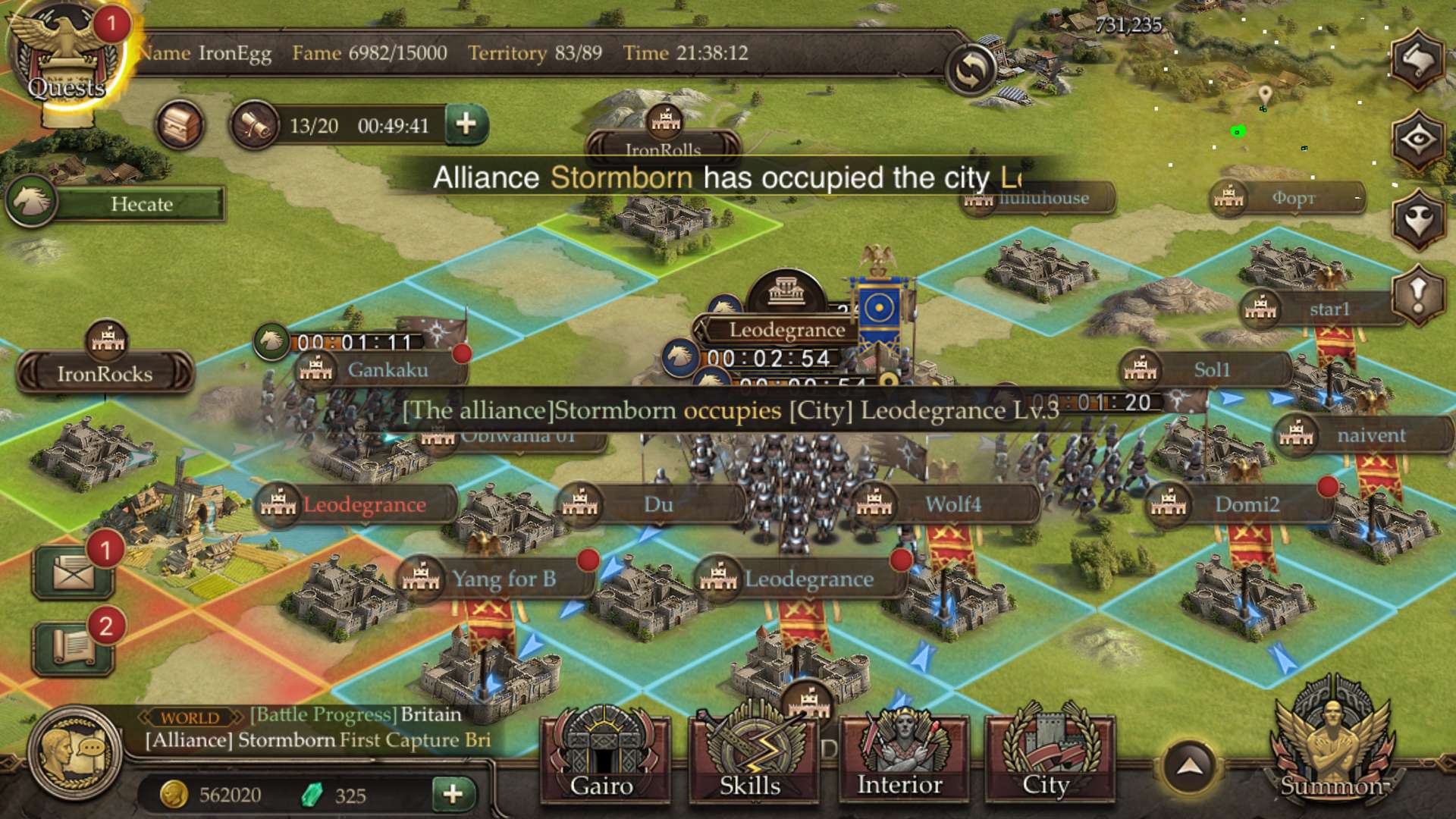 High risk equals high reward, and occupying a city definitely pays off in the long run. But, you can’t do it alone – you’ll need to be part of an alliance if you want to conquer a city. If you are successful, the whole alliance will receive extra buff and you’ll get to access places with higher levels of resources.

When it comes to occupying an NPC city, you’re aiming to destroy its durability. Once you’ve done that, it’s all yours.

There are some rookie mistakes to avoid, though. Every city is split into its Center and surrounding Districts. You’ll have to occupy a District tile to reach the Center tile, but once you’ve done that focus all your efforts on attacking the Center rather than worrying about the other Districts. Reducing the Center tile’s durability to zero is the only way to capture the city.

Also, keep in mind troop types. You’ll want to send the troops with the highest attack stats in first, making sure they equal or outnumber the enemy. They’ll pave the way to the city’s Center by taking out the defending army, at which point you should send your siege troops in to do the rest. 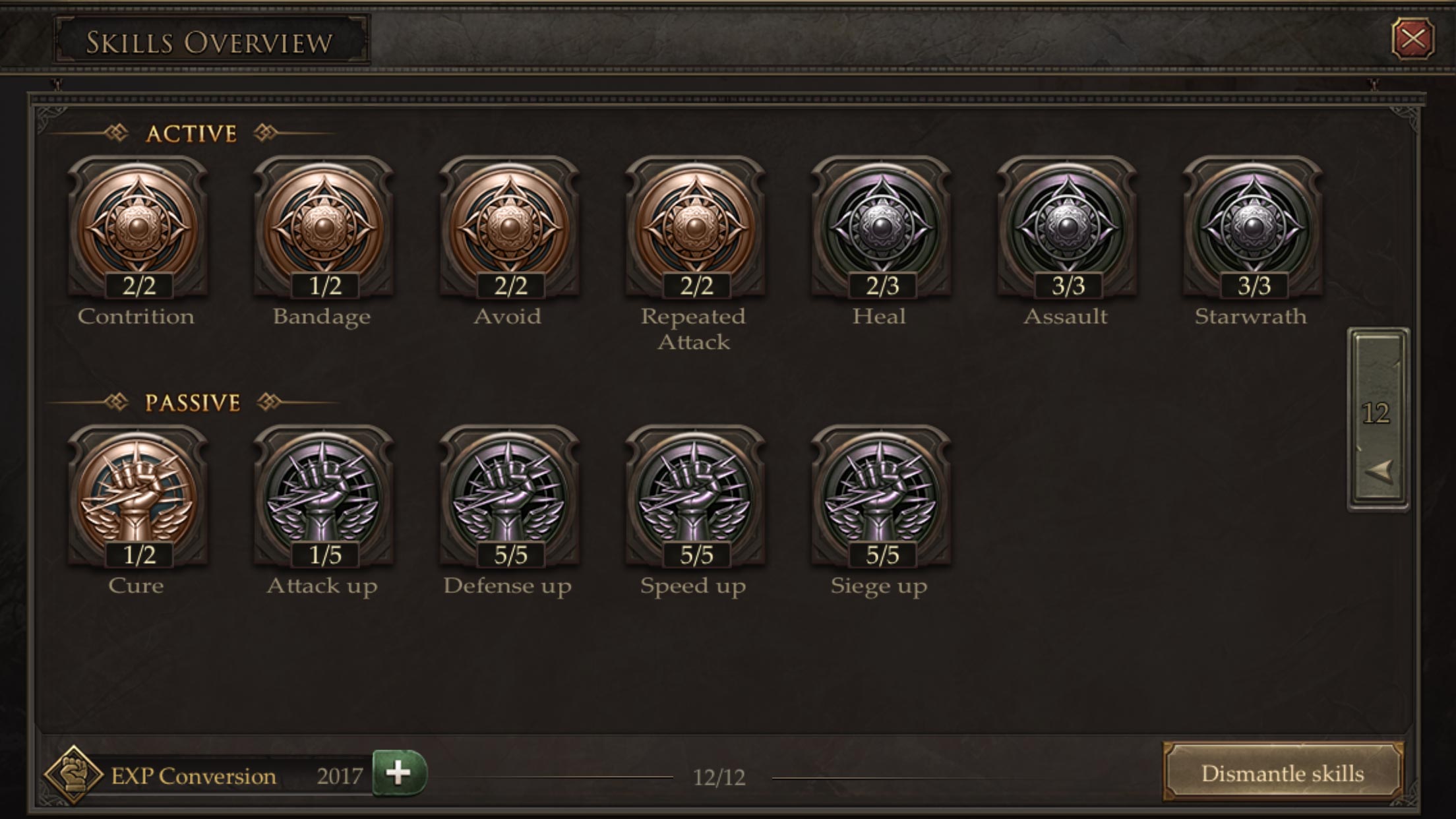 To capture land more easily, you’ll want to get the best use out of your Gairo’s. This will mean having to pay extra special attention to skill upgrades and combinations.

Every Gairo will of course come with an initial skill, which cannot be changed or dismantled. However, there are one or two skills which can be dismantled and given to other Gairo’s to learn.

Dismantling Gairo cards can give you additional skills in battle that render your troops more powerful. If you happen to get your hands on a Rare Gairo, you’ll definitely want to consider dismantling skills such as Heal, (very useful for recovery early in the game) Repeated Attack (allowing you to attack twice in each round) and Avoid (to avoid enemy attack). 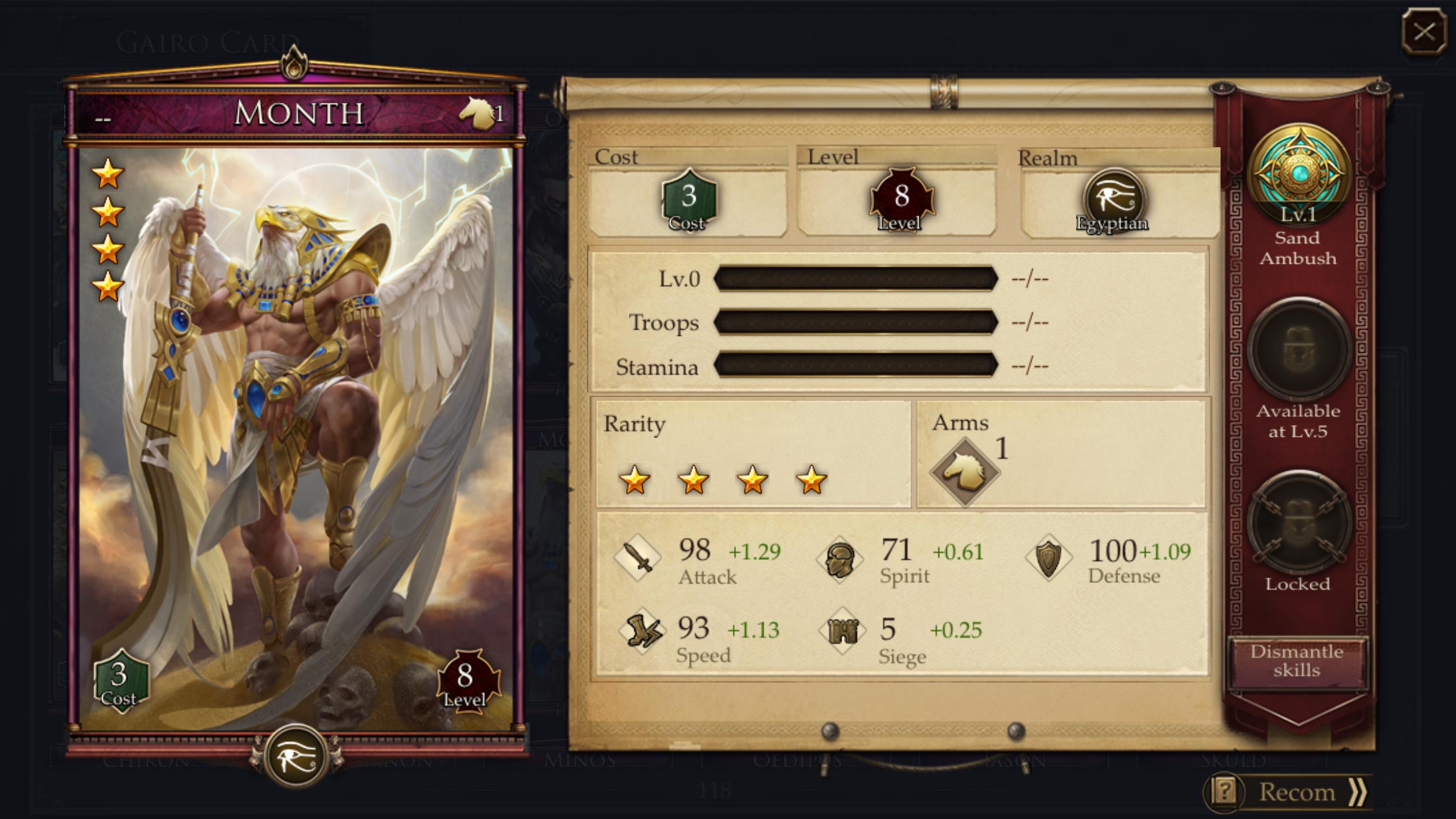 Gems are in-game currency that can be acquired by participating in events, or buy purchasing them from the Immortal Conquest store. They are most useful for obtaining the best units and rarest Gairo types, so don’t go wasting them on speeding up building construction. You can also exchange them for skills bonuses, and use them to increase your tax collection rate so you’ve got more resources to play with.

Immortal Conquest: Europe is available for free on iOS and Android from the App Store and Google Play.
Next Up :
Game Dev Story - How to get a Hardware Engineer