Even from Europe, the ping's okay

Back during Apple's Worldwide Developer Conference, I met up with the chaps from Flying Dino who demoed their online thirdperson iPhone shooter iMech.

Now back in the confines of the UK, I was able to test how well the game worked from across the Atlantic. This is important because at launch, there will only be servers located on the East and West Coast of the US. Flying Dino plans to add an European server for the game's first update.

Even so, logging onto the East Coast server as a guest - you can register if you want to record your stats - I found I was getting a typical ping of between 140 and 250 ms: conditions under which the game was playable. The West Coast server ping was higher - more like 250 to 450 ms - although I didn't play, just logged into an arena.

There are a couple of provisos however. We only had four players in the arena, rather than the maximum supported eight. There was also some disconnect between the graphics and game logic. This was noticeable in terms of long ranged weapons such as the lasers - which you hold down to charge up and release to fire - and the rocket launcher. This meant that firing at range was fairly tricky but you could hit the target when you got in closer.

To be honest, even with four mechs online, the action was frantic enough that there's wasn't time for camping.

Significantly, the tactics in the game quickly boiled down to some sharp exchanges of laser and/or rocket before people moved in close either using the machine guns or, at melee range, the awesome flamethrower. And because this is an area weapon, you can neatly circle around an enemy, scorching them to a fiery end while keeping out of the way of their forward firing weapons.

In fact, the only way of escape this is to double tap your left virtual D-pad to boost out the way, albeit at the cost of depleting your shield energy.

Clearly such tactics will continue to evolve when the game goes live: something that expected to happen in early August, assuming Apple's approval bods are happy with the game.

In the meantime, check out our WWDC hands on video. 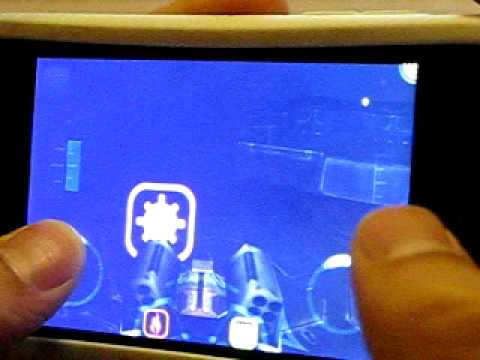 Subscribe to Pocket Gamer on
Next Up :
UPDATED: Definitive list of all Xbox Game Pass titles on Android with touch controls