If real-time multiplayer and addictive snake mechanics is all that’s been keeping you from jumping on the Blockchain train up until now, developer MixMarvel has you covered. Hypersnakes is being pitched as an exemplar for the next generation of what Blockchain games are capable of, introducing new abilities and battle royale mechanics to classic Slither.io gameplay. 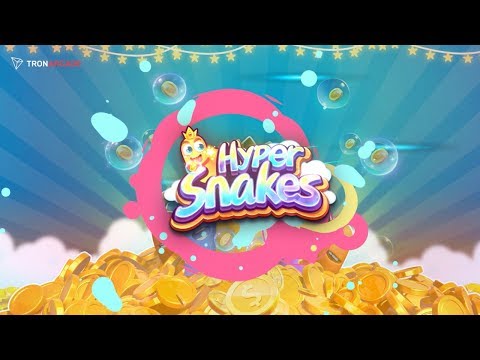 Subscribe to Pocket Gamer on
Those eager to see what Hypersnakes is all about can jump in from the beta which starts today!

This includes access to a free-to-play mode where everyone can earn and play for cryptocurrency without the need for a wallet. MixMarvel recognises that such aspects would typically be a barrier to entry for most people, thus making Hypersnakes an experience capable of attracting mainstream audiences through fun gameplay and a generous reward system.

Sticking with this mentality, anyone who’s played Hyperdragons will feel instantly at home playing Hypersnakes. Being successful involves controlling the in-game snake avatar, collecting dots to grow longer, and taking the task to other players by becoming the longest snake in the arena. Where things get properly interesting is how the arena full of snakes continues to constantly shrink in true battle royale fashion – keeping the pressure on and the rewards high.

How you choose to survive in Hypersnakes is completely at your discretion. Will you play defensively in an effort to stay alive in cramped corridors, or try and capture airdrops that contain valuable resources and cryptocurrency rewards? Your snake can acquire a range of useful abilities like shielding, EMPs, and speed boosts. Use them wisely to beat the competition and come out on top!

TRON is one of the biggest and more robust blockchain players in the ecosystem today. Through its 100 Million Dollars TRON Arcade fund, dedicated to help creators and developers publishing high-quality blockchain games, Hypersnakes is the latest game to see integration into the TRON Network

And thanks to the intuitive developer tools like TronLink and TronGrid, developers find it easier than ever to port their game to TRON (more on what is TRON and how it works), usually within a couple of weeks if not days. Previous titles include such titles as TronGoo, EpicDragons, and Blockchain Cuties, all of which have continued to have great success as popular decentralized applications found in blockchains.

The official launch of Hypersnakes is expected to be mid-March, making now the perfect time for players to hone their dot-eating ability and win big against other players online. Those who pre-registered before February 27th are likely already playing, so be sure to join the fun. For more information head to the official Hypersnakes website today.