Little Inferno's creators are back on mobile with programming game Human Resource Machine, out now

Tomorrow Corporation, which features developers who made the physics-based puzzler World of Goo and Little Inferno, a weird game about the dangers of our consumerist society, are publishing a new game on mobile called Human Resource Machine. 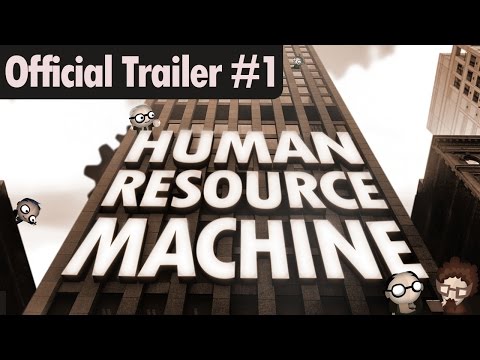 It came out on PC a little while ago to rave critics even if it's quite a peculiar game once again. It's still a puzzle game and it uses that same bleak art style but the main draw here is that it's based on programming. Everything that you do uses logic, just like coding but way simpler.

You drag and drop commands to automate your production and complete the level. Don't be scared if that sounds too complicated as it only uses 11 commands and they are all written down.

The game's out now on iOS as a universal app for £3.99.
Next Up :
Urban Trail Pocket, a fast-paced stunt performing game launches tomorrow on Android and iOS