Human Resource Machine has been out for some time on iOS, Android, Steam, and a bunch of other platforms, but has just launched on Nintendo Switch.

Rather than bore you with a review of the game itself - though we will touch on it - we'd rather talk mostly about the experience in docked mode. That's the unique aspect of playing it on Switch.

Undocked, it plays exactly like the mobile version. You control it entirely with touch, and can't use the physical buttons at all. It's far too tactile an experience for that.

But enough of this ramble. Let's give you a brief update on what Human Resource Machine actually is. 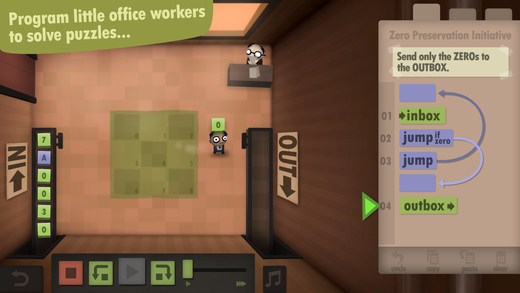 Human Resource Machine is a satirical puzzler that tasks you with programming your human workforce to perform a variety of different tasks. These tasks vary from popping an item on a conveyor belt to sorting items into different lists.

Programming your minions is really simple too. You have a bunch of commands which you paste onto a sheet to get your human to perform that task.

So if you want your human to go to the inbox, pick up a package, and drop it into the outbox, you paste 'inbox' then 'outbox' into the command sheet and watch as he performs the task. You can also throw in the 'jump' command to repeat these actions until the inbox is empty.

It's a simple set up, but the list of commands grows as quickly as the challenge does, so you're always kept on your toes. 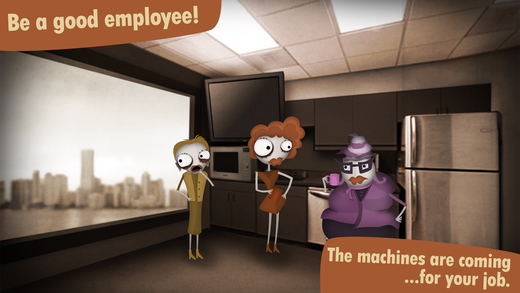 How does it play docked?

Human Resource Machine is a nice game to play on the big screen. You use the right Joycon as a Wiimote-style wand to direct a cursor around the screen, using that to drop and drag the commands about.

It's fun, and provides the same tactile feel as touching the screen, though it does suffer from slightly less accuracy. The Joycon just isn't quite as accurate as the Wiimote was, and is a bit sluggish to move around.

Given that you're under no time pressure though, Human Resource Machine is perfectly comfortable to play in this manner. And if you don't fancy squishing the Switch into your face, playing on the TV is a more than worthwhile experience.

Human Resource Machine is an incredibly satisfying puzzler that offers a solid challenge without feeling too overwhelming. That's thanks to the drip-feed of new mechanics that you learn at a steady pace. 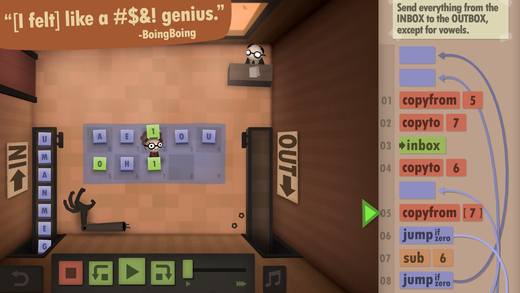 In handheld mode, it plays exactly like it does on mobile - albeit slightly less comfortably. The Switch is a bit chunkier, and less comfortable to hold than a mobile - without the Joycons attached at least.

The docked mode suffers from its own issues. The right Joycon offers a completely serviceable pointer to play with, but it's less accurate than using your finger. Given that you're never under any time pressure, this doesn't become too large an issue though.

Ultimately, if you can play Human Resource Machine on another platform, I'd recommend you do that instead. It's cheaper on iOS and Android, and those platforms provide a more comfortable experience.

If you can't, then we'd still thoroughly recommend grabbing this on Switch. It's perfectly playable as it is, and it's a puzzler that's absolutely worth checking out. 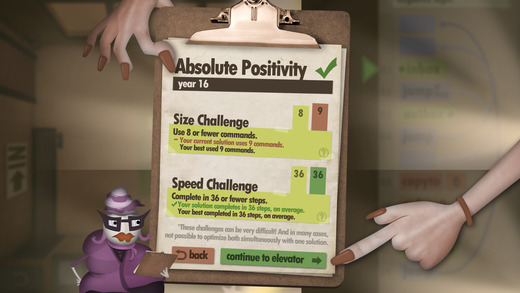 This might not be the best version of Human Resource Machine, but it remains a puzzler well worth checking out
Next Up :
Netflix Oxenfree review - "Reading the signals of a thriller story"

Little Inferno's creators are back on mobile with programming game Human Resource Machine, out now