iOS + Android
| How to Say Goodbye

Independent developers Florian Veltman and Baptiste Portefaix were developing a mobile game whose working title was The Other Side. Today, the game received its official name – How to Say Goodbye. They’ve also partnered up with the game publishers behind Bur Me My Love and Alt Frequencies – ARTE Interactif.

How to Say Goodbye is set to be a puzzle-based game for mobile that draws inspiration from children’s books. It borrows illustration designs from the Moomins, The Three Robbers and Where the Wild Things Are. The game follows the story of a characters who has just been turned into a ghost. This character is then placed into a world of spirits that is unknown to him. 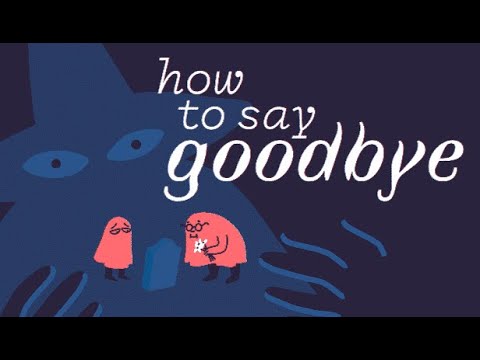 How to Say Goodbye is not just a puzzler but also immerses you in its narrative which sees players trying to help the characters escape this limbo between life and death they are trapped in. The is the core of the game. These characters who have turned into ghosts are still under a state of shock and it is up to you to provide them a safe passage towards a better future.

The game deals with the heavy aspects of mourning, acceptance, and moving on. These ghosts need to discover their ability to mourn, which will in-turn allow them to accept their death and finally move on. Its not usual to see games deal with such subjects but the developers are very passionate about this project and it seems like they have weaved together a lovely story. The topics may be heavy but they will be put froward in a very family-friendly manner, in a world filled with complex puzzles to solve.

We still don’t have a launch date yet but production is definitely amped up with the official name and publisher being revealed. The game should launch in 2022

Until then, check out some of the best puzzle games to play on mobile!
Next Up :
Conquer the dancing Olympus in Idol Dance: Dancing and Rhythm, out now in select countries on Android