A5X goes head to head against the Tegra 3

iPad + Android
| Horn
Gaming fanatics have been arguing over consoles and computers since the invention of the microchip. Whether it's the Spectrum versus the C64, or the schoolyard rivalries of the SNES and Mega Drive, everyone wants to be backing the best device.

That war is still raging on today, only it's fought over much smaller gadgets. The question is: iOS or Android?

With the visually resplendent Horn (powered by Unreal Engine 3) now out on both iOS and Android systems, we thought we'd use this game to put two fan favourites to the test.

The new iPad, with its Retina display and A5X chip, and Google's Nexus 7, with its quad-core processor and Nvidia Tegra 3 graphics.

Each step of the way we've provided the two screenshots so you can do your own comparison. We've kept them as pure as possible, and in their native resolutions. All we've done is put a little JPG compression on them so the server guys don't moan at us. 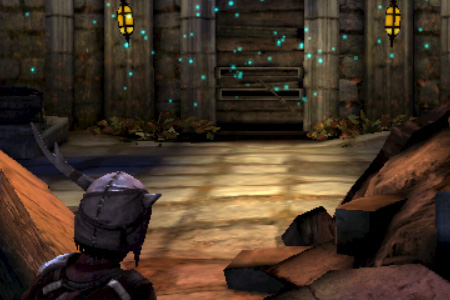 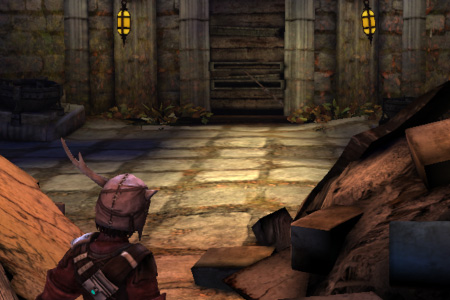 We start the game with our amnesic hero waking up in the ruins of an old fortress. Straight away, we see a stark difference between the two tablets.

On the Tegra-infused Nexus 7, we're treated to some little blue fireflies, who dance about the crumbling castle of Horn's opening area. On the iPad, those tiny sprites are completely nonexistent.

We do get to see the iPad's anti-aliasing, though. The nasty jagged edges down the side of Horn's hat are a lot less noticeable on iPad, and on Nexus 7 you can see a spiky ridge running around the stone wall in the distance.

Some textures look a lot better on the Apple tablet - check out the giant stone slabs on the floor of this castle. On iPad they are clearly defined, while on Nexus 7 they all sort of blur together into one murky old mess. 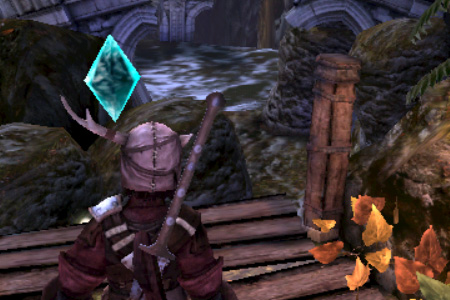 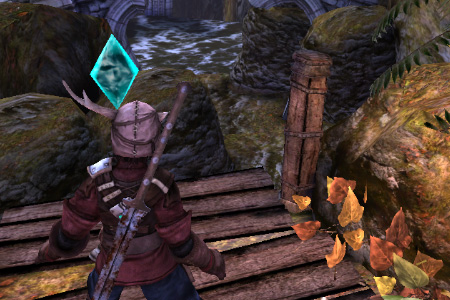 Once we escape from the castle, we come across the game's first vista: the ruins of a castle and a gushing river.

One thing that's especially noticeable in this shot is another Tegra-exclusive visual flourish. Horn's got a scarf on in the Android version, which flops about on his back as you move. iPad players will have to go without.

Once again, the iPad wins the pure technical battle. You can really see the difference in anti-aliasing on the boards of the broken-down bridge, of the foliage, and the long grass to the far right of the scene. 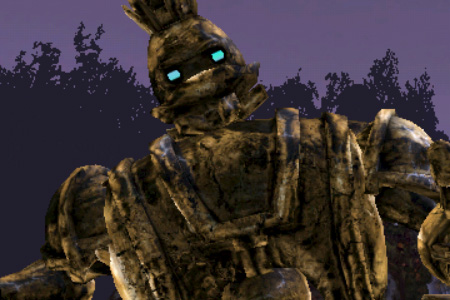 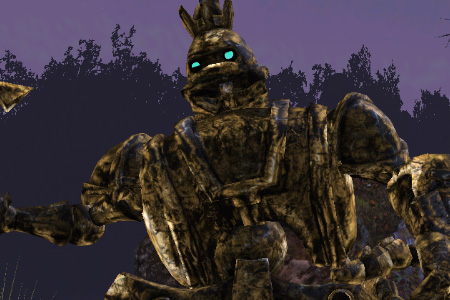 Here we meet our first pygon, and he's looking for the High Pygon Emperor's personal squire.

Once again, the iPad has the most technically proficient take on the scene with its sharper image, and extra pixels (check out the silhouette trees in the far distance: there's much more detail to the leaves on iOS).

But, Nexus 7 also has an edge: the Tegra processor allows the clumsy pygon to kick up a pile of rocks that tumble by his feet. On iPad, he's simply standing on flat ground. 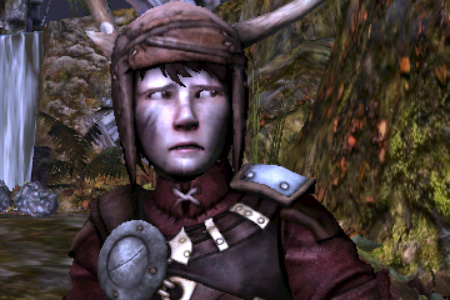 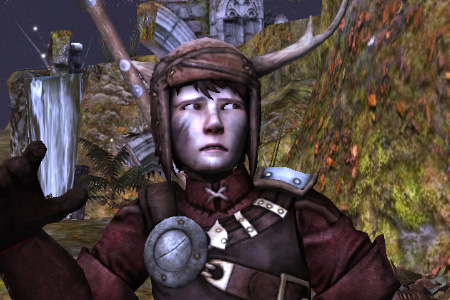 There's not as much in it with this screenshot. If you mixed up the two images it wouldn't be super easy to tell the two tablets apart. You can just about appreciate the iPad's sharper visuals on bits of Horn's costume.

Like the first screenshot, the Android edition has some exclusive fireflies. There are a few forest sprites dotted about the iPad screenshot, but the Nexus 7 has a puffy great cloud of the microscopic fairies. 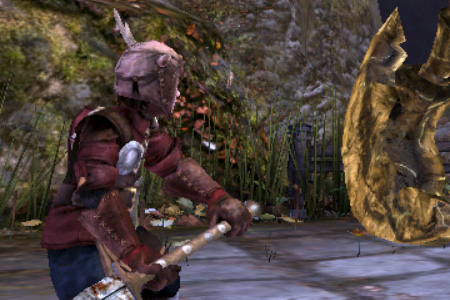 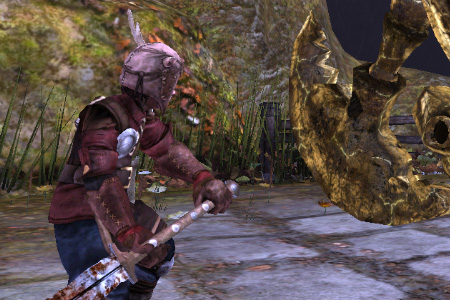 In our first combat scene, iPad Horn really pops out, while Nexus 7 Horn blends into the environment like someone's smeared vaseline all over the screenshot.

It also looks like the iPad - finally! - gets some exclusive visual flair over the Android. See that little house to the left of the pygon's shoulder? It seems to be missing from the Nexus 7's scene.

In conclusion, we must say that the Nexus 7 is a very impressive tablet - considering it costs about half the price of the new iPad. It is no slouch in the graphics department, and it could go head to head Apple's device without really breaking a sweat.

We reckon the iPad shots are a tad more pleasing than the Nexus 7 ones - they have nicer textures, and use anti-aliasing techniques to help blend over the jaggy edges.

But the Nexus 7 isn't without merit, either. Thanks to its powerful Tegra 3 graphics chip, it sports some tasty visual flair - like physics-driven scarves and atmospheric fireflies - that are simply missing on the iPad.

So let the debate continue - use our comments box.