Today, the ever-popular racer, Horizon Chase, has received a new DLC called Golden Japan. As you've probably guessed from the title, it introduces new tracks set in numerous cities across Japan. It's available via the in-game store for $1.99 or your local equivalent, though during launch week you can snag it for 50% off.

As mentioned, the Golden Japan DLC brings nine new tracks to the world of Horizon Chase. Three of those will see players speeding around the streets of Tokyo, and another three are based in Iya Valley. Then, players can enjoy two tracks in Kyoto and the final course in Sapporo. The tracks appear to offer plenty of variety, judging by the launch trailer, which you can check out below. There is everything from quirky cities to picturesque routes. 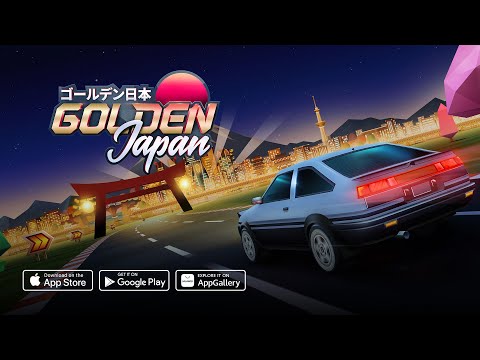 Aside from the new tracks, you will also find four new exclusive skins. To unlock them, you will need to beat your rivals on each new course. On top of that, there's a brand new car up for grabs called the Déjà Vu car. It promises to be both quick around the track and easy to handle, which sounds a tad overpowered, on paper at least.

If you're unfamiliar with Horizon Chase, it is a racer that draws inspiration from arcade games from the 80s and 90s. It sports retro-styled graphics but looks to blend them with some modern sensibilities, giving it a distinctive look compared to other offerings in the genre. Since launch, the developers have released a few DLCs to bolster Horizon Chase's roster of cars and tracks.

Horizon Chase is available now on the App Store and Google Play. It is a free-to-play game with in-app purchases.

Looking for more racers to play on the go? Here are some of the best available for Android devices.
Next Up :
Dadish 3, a sequel to the quirky pun-filled platformer, is heading for iOS and Android this June