Aquiris has just announced the launch of a DLC for their racing game Horizon Chase Mobile Edition. It's called the China Spirit DLC and will celebrate the Chinese New Year, which is on February 1st. The DLC can be purchased for 1.99 USD/EUR from the in-game Horizon Chase Store.

The content update is set to bring the wonderful Chinese culture and landscapes to the Horizon Chase Mobile Edition community. Players will be able to add the brand new Lightning Car to their roster that makes use of the most technologically advanced electric engines. Additionally, the China Spirit pack contains four unlockable skins and nine new racing tracks. 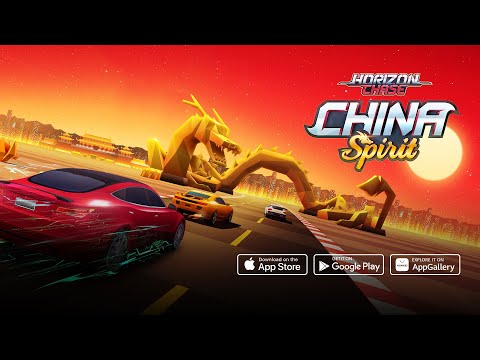 With the new DLC, nine new tracks are being added to Horizon Chase Mobile. Three of these will be based in Chengdu, two in the magnificent Great Wall of China, three more in Beijing, and one in Hong Kong. Drivers can enjoy the landscapes of China and can get a mini-tour of the country with these new racing tracks.

China Spirit is also bringing five new electrifying skins. These include blood red, brilliant blue, silky white, bright black, and shiny yellow coloured cars. Winning on the new China tracks will also be rewarding as this is the only way to unlock the four exclusive skins being added to Horizon Chase with this update. Beat your rivals on these novel roads, and win multiple rewards. The Lightning car with its new electric engine is also an absolute beast and will clear any challenge presented to it with its hyper-speed and smooth controls.

Explore China by downloading the China Spirit DLC on Horizon Chase Mobile Edition on the App Store and Google Play.

Also, check out the top racing games to play on mobile!
Next Up :
War for the Seas is an open-world RPG that lets you become a fearsome pirate, available for pre-registration on iOS